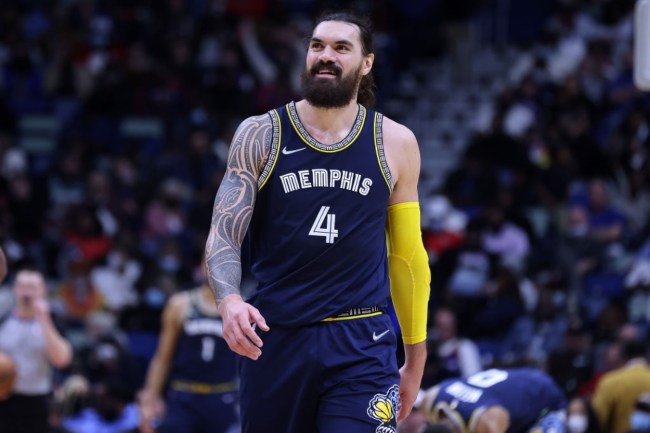 Steven Adams can look like the most intimidating man in professional basketball at times.

The Memphis Grizzlies center can be described as just that, grizzly. His long locks, full beard, and sleeve of tattoos give off the impression of a terrorizing force. I immediately think of Jason Mamoa’s character in Game of Thrones.

On the court, that can be true as he terrorizes opponents on the glass. The center is averaging 10 rebounds a game this season. His 720 boards on the year rank eighth in the NBA. He’s helped lead the Grizzlies to the second-best overall record in basketball.

But off the floor, the New Zealander is quite funny.

Adams was asked earlier this week about his knack for pulling down offensive rebounds. His response to the ‘Science of Rebounding’ was downright hysterical.

A reporter asks Adams to describe the science of offensive rebounding to someone who knows nothing about it. He gives the most obvious, hilarious reply in this postgame press conference.

“Just stand on the opposite side that they’re shooting. That’s basic enough. Typically, the ball will bounce that far… [Dennis Rodman] he made it a science. He’s talking about the rotations of the ball… That’s a different level.

“I’m too stupid for that, mate. Not enough brain cells for that one, brother. I just stand there, mate.”

Stand on the opposite side of the shooter, that’s about as basic as it gets. Whatever Adams is doing is working, so we won’t critique.

He’ll hope to use this ‘science’ to lead the Grizzlies on a long run in the upcoming NBA Playoffs.