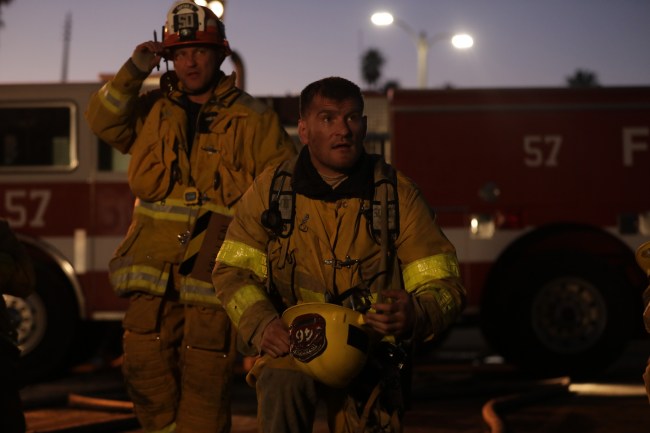 UFC Heavyweight Champ on His Day Job, New Ad Campaign and a Fight with Joshua/Wilder

UFC heavyweight champion Stipe Miocic will defend his title tomorrow night (Jan. 20) against Francis Ngannou at UFC 220 (PPV). With a win, Miocic would break the UFC’s record for most successful heavyweight title defenses; becoming the most successful heavyweight of all time. Official UFC sponsor Modelo Especial recently announced a partnership with Miocic (the brand’s first with a UFC fighter) that will include a TV commercial airing later this year. JohnWallStreet got the opportunity to ask the champ a few questions about his day job, the new ad campaign and the title of “baddest man on the planet”, just days before the fight.

JWS: You work during the day as a part-time fire fighter. Is that a paying job?  Do you ever wonder if your time would be better spent training?

Stipe: It is a paying job, but I do it because I love helping people out and giving back to my community. I love Cleveland. That was a big reason why I partnered with Modelo; we share a strong sense of community and both value the fighting spirit in and outside of the Octagon.

JWS: New UFC Sponsor Modelo highlights you in a new ad campaign. The campaign focuses on “blue-collar minded” individuals. Does that mean you aren’t in to all the cars, jewels, furs etc. that we see guys like McGregor or Tyson with?

Stipe: You could say that. Being able to partner with a brand that shares the same values in terms of hard work and giving back to the community was one of the big things that attracted me to working with Modelo. I get to tell my story as a firefighter, and more than just an athlete, and that’s an opportunity that doesn’t come around too often.

JWS: You were an accomplished boxer growing up a part of the Golden Gloves program. I saw you challenged Anthony Joshua for title of “baddest man on planet.” Are you serious about pursuing a fight in the boxing ring with him or was that simply a fun idea trying to capitalize on the money Mayweather/McGregor got for their fight?

Stipe: Boxing was a big part of my upbringing. I would love to fight the winner of Joshua and Wilder, but all that matters to me right now is fighting this Saturday; after that, let’s talk.

Fan Marino: LeBron gets all the credit for bringing the Cleveland its first title since 1964, but Stipe beat him to it winning the UFC heavyweight title at UFC 198. I asked him if that bothered him (it would bother me, I’m petty).

Stipe: Not at all. The Cavs had me at a few of their playoff games and even at their victory parade back in 2016. I also met up with a bunch of those guys to cheer on the Indians in the World Series together. What Lebron has done for Cleveland, on and off the court, has been awesome to see and we’re both just trying to represent for our city. We share a mutual vision – for those to see the work we do in our community and inspire them to do better.

Coca-Cola (KO) has extended partnerships with NASCAR and International Speedway Corporation (ISCA) through 2023, extending a 50-year association that has made the brand one of the “most recognized sponsors” in the sport. The integrated agreement means that KO will remain the “Official Soft Drink of NASCAR” and be the leading (non-alcoholic) pour of 21 NASCAR sanctioned race tracks (ISCA owns 12) for the 2018 season. In addition to pouring rights, KO’s immersive NASCAR marketing approach includes race entitlements (Coca-Cola 600, Coca-Cola 400) and the Coca-Cola Racing Family; a group of top drivers that make appearances and are featured in advertising, promotions and packaging.

Fan Marino: The Coca-Cola Racing Family includes 3 of the Top 11 in the Monster Energy NASCAR Cup Series standings; Denny Hamlin (6), Kyle Larson (8) and Austin Dillon (11). Prior to last season’s playoffs, I had a chance to sit down with Austin Dillon (a market buff) and talk to him about the personal stock portfolio he manages (i.e. not his retirement account). I asked him, if there was a trade you could take back; what would it be?

Bellator MMA will debut tomorrow night on the newly rebranded Paramount Network (9p EST), opposite UFC 220 (PPV). Chael Sonnen and Quinton “Rampage” Jackson will headline Bellator 192. The fight will kick off the promotion’s Heavyweight Grand Prix (to span 2018), an 8-man single-elimination tournament that also includes Fedor Emelianenko, Frank Mir and Matt Mitrione. The card will also include a welterweight title fight between Rory MacDonald and Douglas Lima, as well as the professional debut of Khonry Gracie; the son of Royce Gracie, winner of UFC 1, who will be in his corner.

Howie Long-Short: Viacom (VIAB) owns a majority stake in the Bellator promotion, so it’s understandable that fights have resided on VIAB owned SpikeTV for a decade; but, I’m not sure why they’re bringing them over to the Paramount Network (other than the built-in audience). The company rebranded to draw on the cache of Paramount Pictures. It wants to be a home for “premium, original storytelling” (think: Netflix). I fail to see how mixed martial arts fits in with that image.

Fan Marino: The heavyweights will draw the casual fan, but MacDonald/Lima should be the best fight of the night (on this card). MacDonald, who lost in the 5th round to Robbie Lawler at UFC 189 and owns career wins over Tyrone Woodley and Nate Diaz, is in the prime of his career; while Lima, a 2x Bellator Welterweight Champion, has the most knockouts in the promotion’s history (8).