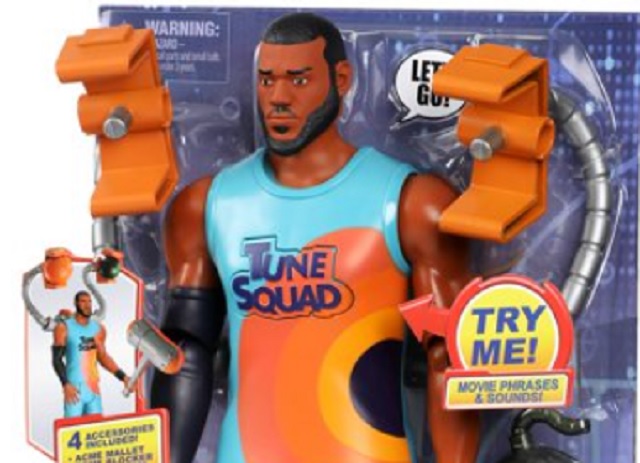 People are stealing LeBron James heads from Space Jam 2 toys and it’s all because of a TikTok meme.

Over the weekend several users on Twitter noticed Space Jam 2 toys featuring LeBron James had their heads mysteriously torn off their bodies.

I just saw this in Wal-mart.
What is going on?
Why are people stealing the heads off of LeBron James figures? Not just one or two, but ALL OF THEM? pic.twitter.com/1kJ2XjLzKa

Me and gf were at Walmart today and somebody tore the heads off of all of these lebron james toys. I guess somebody REALLY wants the traitorous king's head, but didn't want jail time, lolz… XD (also to clarify off the bat, it wasn't me, they were like that when I got there.) pic.twitter.com/QxBjNAdGjF

Went to Walmart to look for Transformers and somebody took the heads off of these Lebron toys 😂 pic.twitter.com/afu6vmClI2

Apparently TikTokers are using the stolen LeBron heads to make viral TikTok videos. The TikTok meme appears to have started with Jacobhndrxx who stole a LeBron head and uploaded a video of himself playing with it as a remixed version of original Space Jam theme song plays in the background.

After Jacobhndrxx’s TikTok garnered nearly 2 million views and over a hundred thousand likes copycats started to pop up with their stolen LeBron head videos.

Eventually some Walmarts smartened up and locked away the LeBron James Space Jam 2 toys so TikTokers wouldn’t be able to steal the heads.