Stormy Daniels Says Ben Roethlisberger ‘Terrified’ Her, Reveals He Once Stood Outside Of Her Hotel Room And Begged For A Kiss 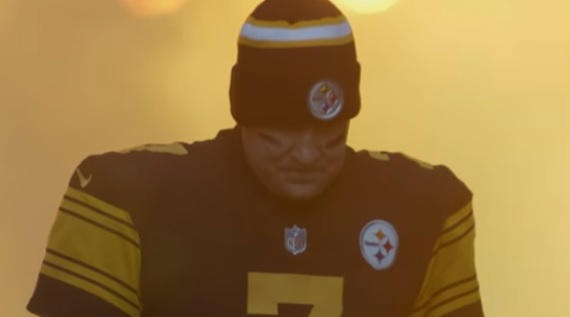 According to Daniels, Big Ben “terrified” her when he stood outside of her hotel room asking for a goodnight kiss after Trump asked him to walk her to her room.

In her new book, Stormy Daniels says that Ben Roethlisberger pressured her for a "good night kiss" the night Trump asked him to walk her to her hotel room. Says Ben stood outside her hotel room, saying, "Come on." https://t.co/qS1sOcYii8 pic.twitter.com/43oXSVqoZ5

Daniels says she saw Trump the next day after they had sex when he invited her to a club in the VIP section of a golf course (it was in a club at her hotel). That is where she met Pittsburgh Steelers quarterback Ben Roethlisberger, she says. He was chatting with Trump, and at the end of the night Trump asked Roethlisberger to walk her up to her hotel room.

She says he asked her for a “good night kiss.” She refused. She says he pushed lightly on her door as they stood outside her hotel room.
“I was terrified. I am rarely terrified,” Daniels wrote, saying Roethlisberger responded, saying, “‘Come on.'”

She closed the door and writes that Roethlisberger “stood outside, not leaving” while knocking at her door for several minutes but eventually left.
CNN has reached out to Roethlisberger’s representative for comment and had not heard back by the time of publication.

This revelation is a bit troublesome considering Roethlisberger has a history of being accused of sexual assault.

Just add this to the list of things that don't surprise me.

ben roethlisberger was trying to force a woman to do something she didnt wanna do? wow where have i heard this before?

i for one am SHOCKED.

This is even worse than I thought! Ben Roethlisberger is exactly who I thought he was. https://t.co/JBoKOxdKU2

The timing of Daniels-Roethlisberger encounter is pretty terrible for the Steelers who are currently dealing with several distractions with Le’Veon Bell sitting out and Antonio Brown’s unhappiness with team.