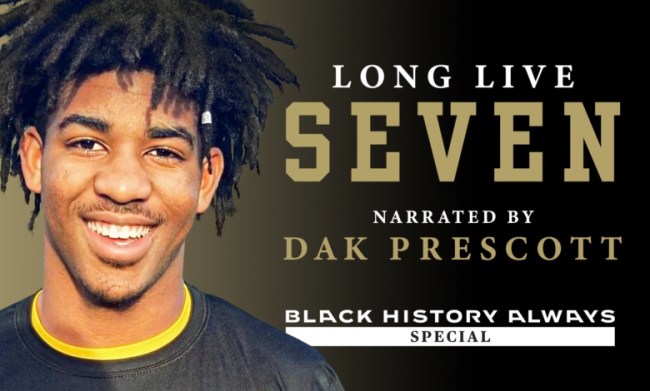 From an outsider’s perspective, Bryce ‘Simba’ Gowdy was sitting on top of the world at 17-years-old. He graduated from Deerfield Beach high school a semester early, had accepted a scholarship offer to Georgia Tech as one of the top football recruits in the country, and was one week away from starting his new chapter in Atlanta.

Things seemed to be going well for Gowdy, but as the saying goes, things are not always what they seem.

In reality, Gowdy was struggling. He was struggling with the fact that he was about to take this monumental step – one he had worked his entire life for – while his mother and two younger brothers were still going to be struggling to make it in South Florida.

Gowdy had accomplished a goal all the while his family was spending some nights sleeping in their car, struggling to make ends meet.

That pressure, and that reality, unfortunately, reached its tipping point on December 30, 2019 when Gowdy was struck and killed by a train in South Florida. The next day, Gowdy’s death was ruled a suicide.

Gowdy’s life story – as a brother, son, role model, and elite student-athlete – are the subject of a new ESPN documentary: Long Live Seven: The Bryce ‘Simba’ Gowdy Story, which is now streaming via The Undefeated on ESPN+.

While Gowdy’s story is a tragedy, the interviews, intimate footage, and overall tone of the documentary accomplish the goal of sharing a message that will hopefully help save lives.

“What we’re going through can help so many people, it’s really beautiful, but heartbreaking at the same time,” Shibbon Mitchell, Gowdy’s mother explains in the documentary.

From Tragedy To Purpose

Shibbon Mitchell lost her firstborn son. Her two other sons lost their older brother and their role model just days before Gowdy was about to step foot on Georgia Tech’s campus as a college athlete. Bryce’s death also came at a time of real struggle for the Gowdy family, and while that heartbreak and pain remain present, Mitchell has turned the tragedy into a story of purpose.

Mitchell launched The Bryce Gowdy Foundation shortly after her son passed away and has made it her mission to share Bryce’s story to advocate for behavior and mental health awareness in the Black community.

She doesn’t want to see local public mental health services fail others when they’re needed most, which is something she describes happening not long before Gowdy’s death.

Mitchell is telling her son’s story, reliving those memories, in hopes to help anyone out there that needs it. That’s one of the same reasons Dallas Cowboys quarterback Dak Prescott, who lost a brother to suicide, took on the role of narrating the documentary: “I just want to be able to help reach a kid out there that is going through what Bryce was experiencing and to help save a life.”

The mental health stigma has always been present, especially in the sports world. We’re guilty of looking at athletes at all levels as just that, athletes, but at the end of the day, they’re people with struggles just like everyone else out there.

Thankfully, that stigma around mental health is being broken down rather swiftly these days with athletes at all levels speaking about things they’ve been through and thoughts they’ve had.

Take Tennessee Titans wide receiver A.J. Brown for example, who recently revealed that he had suicidal thoughts in 2020. Brown is one of the most impressive young talents in the NFL, but pressures weighed heavily on him. He turned to someone, fellow NFL wide receiver Elijah Moore, and got through a difficult time in his life.

While Gowdy’s story is heartbreaking, it’s one that serves an extremely important purpose: normalizing the conversation around mental health, specifically in the black community, and ultimately helping save lives.

Long Live Seven: The Bryce ‘Simba’ Gowdy Story is a part of ESPN’s Black History Always platform with The Undefeated, an initiative launched in January 2021 to further explore the intersections of sports, race, and culture with original storytelling, all year long.