Stream Ravens vs. Titans ‘Between The Lines’ via ESPN+ On Wild Card Sunday 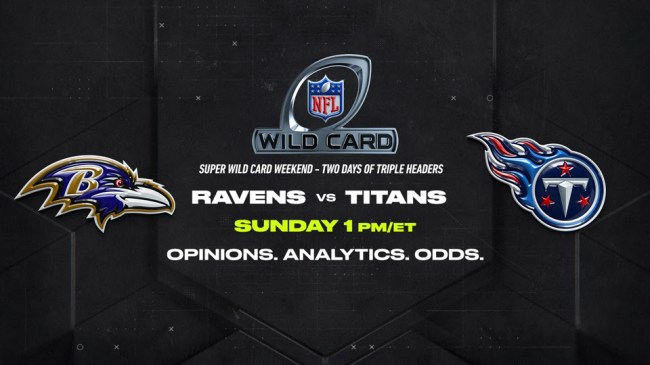 Folks, NFL Wild Card weekend is off to a pretty incredible start. Two days of triple headers, everything on the line.

On Sunday, ESPN’s MegaCast makes its NFL playoff debut at 1PM ET / 10AM PT for the Ravens vs. Titans game. ESPN is throwing all the cards on the table for watching the game, with unique broadcasts on almost every channel they own.

If you’re looking to stream Ravens vs. Titans online, ESPN Plus is an interesting option. Subscribers can stream the game with real-time analysis, analytics, and odds from the ESPN NFL Live crew and Daily Wager experts — all exclusively on ESPN+. On other channels, the ESPN+ Megacast includes a Film Room with ESPN NFL analysts, also adding several cameras at field level.

According to ESPN, the Ravens vs. Titans stream will include the following, taking the broadcast to the next level. Remember that 4K camera that blew everyone’s mind during the Washington-Seahawks game the other week?

Think more of that. The regular telecast will include the following:

The ESPN Plus Ravens – Titans stream is being called Between the Lines, featuring a hefty mix of analysis and game-breakdown. This broadcast is exclusive to ESPN+.

If you’ve caught some of the ESPN megacasts in the past – especially for the college football national championship – you know this is going to be pretty special. 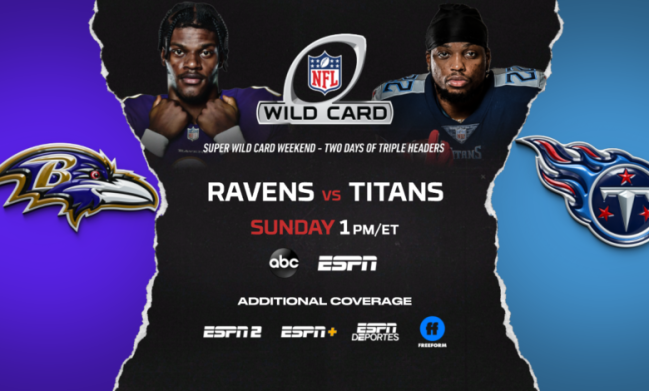