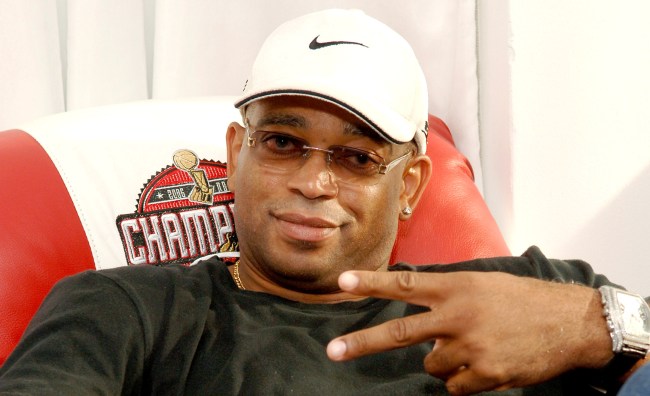 Wednesday, December 4th has been named Stuart Scott Day on ESPN as the network honors the memory of the late broadcaster, but the former SportCenter host is back making headlines for a whole different reason: money.

According to court documents attained by The Blast, Scott’s ex-wife Kimberely Scott and his two daughters Taelor and Sydni Scott are each embroiled in separate lawsuits over money involving Disney and the Stuart O. Scott Family Trust.

Earlier this year, Taelor and Sydni filed a lawsuit against their aunt, Susan Scott, and Charles Silver, co-trustees of the trust, for failing to “do their job on multiple occasions,” according to court documents obtained by The Blast.

The girls claim the co-trustees have failed to do their job on multiple occasions, including not yet creating an official estate or properly accounting for $800,000 worth of assets. The Scotts also claim the trustees cut a check to their mother, Kimberley, that bounced.

Taelor and Sydni also claim Stuart’s former assistant was given $14,000 for a floor installation in her home, and $9,000 to his former girlfriend for a shopping spree at Barney’s New York around the time of his 2015 death.

In addition to that, Scott’s daughters claim money put into the trust was supposed to go to them and have no been able to collect profits and royalties from the broadcaster’s book and movies in which he appeared.

ESPN is celebrating our dad’s impact today during the 13th annual @thevfoundation V Week for Cancer Research. Join us by tweeting/rt to raise awareness and funds! https://t.co/85H6qiPr5E #victoryovercancer#StuartScottMemorialCancerFund pic.twitter.com/kt7EKnAcoh

Scott’s ex-wife Kimberely is involved in a separate lawsuit against Disney, the parent company of ESPN, and Fidelity Workplace Services for $162,899.04 that she claims was paid to the trust, but was supposed to be paid to her.

Kimberely filed for divorce from Stuart in 2007. The ESPN host was ordered to pay his ex-wife $162,899.04 plus interest from his Disney Savings and Investment Plan 401k Account.

Stuart died on January 4, 2015 without ever complying with the divorce decree to transfer the $162k. Kimberley attempted to collect on the money after his death but was told the money was already handed out to his estate.

Scott reportedly had listed his trust as the beneficiary of his retirement accounts instead of Kimberely, so that is where Disney transferred the funds before being notified of any changes. Disney filed its own lawsuit against the estate of Stuart Scott in response to Kimberely’s suit.

Kimberely and Scott’s daughters also allege that a check from the trust bounced due to insufficient funds.

Now, Kimberely has asked the court to hit pause on her lawsuit for 60 days because the legal costs are close to completely wiping out the trust.

“To date there has been four days of hearings, with a total of four lawyers, and another nine days are scheduled during November and December. The legal fees and liabilities/damages caused to the Beneficiaries Trust are close to wiping out all the trust assets unless the parties are able to resolve the issues without further litigation,” Kimberely said in court documents. “In the present action there has been extensive settlement negotiations.”

Her goal is to settle the lawsuit without having to take it to trial.