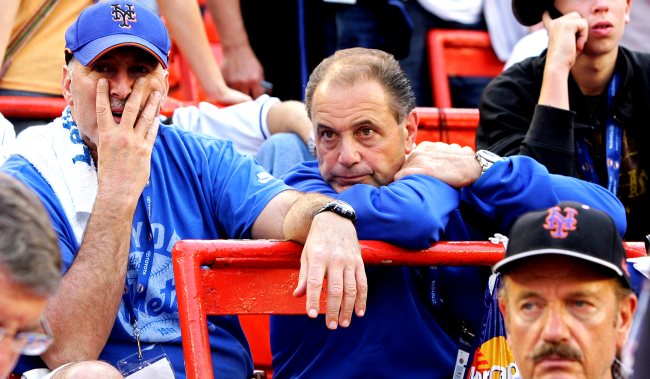 Being a sports fan is stressful. There are numerous reasons for that. Win or lose there is always something to worry about when it comes to our favorite teams. (Unless you were a fan of the New England Patriots between 2001 and 2019, that is.)

Some teams seem to cause more stress to their fans than others, however, as a new study reported on by MassLive.com has revealed.

In order to conduct the research, BETUS pulled 100,000 tweets and forums for each team and ran them through a tool called TensiStrength to determine the level of stress and relaxation.

“Tensions are high for sports fans when it comes to the biggest games in the league, and Reddit and Twitter are safe spaces for them to let off some steam.” the website read.

The teams in each respective league causing their fans the most stress, according to the study, are the Philadelphia 76ers, Los Angeles Rams, New York Mets, and Edmonton Oilers.

By my fuzzy math, overall the cities with the most stressed out sports fans combined are Los Angeles with an average rank of 11.8 for its sports teams, New York at 11.9, then Philadelphia and Boston at 13.0.

“Our data shows the Philadelphia 76ers are calculated as the biggest stress-heads, with 29% of their fans feeling a little uneasy about their games. Further down the table, the Boston Celtics and Cleveland Cavaliers draw at second on the table, with a not far off score of 27%.

“The Chicago Bulls don’t seem to be too worried about their team, as 84% of their comments are chilled and positive, meaning that fans from the Windy City are more relaxed than the rest of the league.”

“When it comes to specific teams, over a third of LA Rams fans are stressed, receiving the highest score out of all fan bases across the Big Four sports. 35% of their comments were analyzed as stressed, while the rest of the team’s threads received a score of 31% and below.

“The AFC Championship game between the Kansas City Chiefs and the Buffalo Bills was the most stressed of all games, with the affair causing 44% of tweets to be tense. The most easy-going fan base is the Houston Texans, with the lowest score in our entire study at 14%, whilst the Seattle Seahawks, come in second to last with just 16%.”

“Unsurprisingly perennial the New York Mets are the most agitated fan base in baseball, leading the board with a whopping 32% of comments in their game threads being discovered as stressed. The Houston Astros are not far off the same stress-score with 31%, whilst third place belongs comfortably to the Chicago White Sox.

“The Baltimore Orioles are not so anxious, as their threads calculated as 16% stressed. In fact, they’re the only baseball fan base to receive a score less than 20%!”

“When it comes to the most passionate, nearly a third of the Edmonton Oilers, NY Rangers, St Louis Blues and Winnipeg Jets are feeling worked up on game day, all getting a score of 29% and tied for first place.

“Sitting at below 20%, the Anaheim Ducks, New Jersey Devils, Florida Panthers and New York Islanders on the other hand are pretty relaxed. The New York Islanders fans are at the bottom of the table with 16%, one of the lowest across the entire study.”

View the results of the full study here.