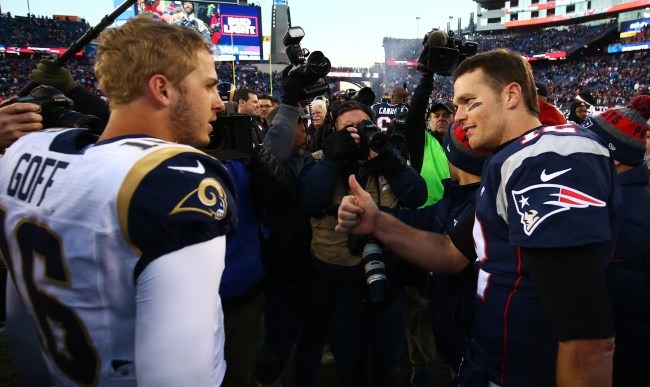 The first list of Super Bowl LII prop bets, a whopping 64 of them, have been released for the big game between the Los Angeles Rams and the New England Patriots.

Frankly, to me at least, the prop bets are the best part of every Super Bowl. Forget the commercials, those have become ever more stale as the years have passed. And unless the game is a nail-biter or you actually root for one of the teams participating it can also be a snoozefest.

But the prop bets, they will definitely keep you interested in the Super Bowl to the very end.

Thankfully, each year there are dozens and dozens of prop bets to wager on for the Super Bowl. Heck, this first list of Super Bowl LII prop bets, released by the fine folks over at BetDSI Sportsbook, are just the tip of the iceberg. And there are 64 OF THEM!

Game and player specific props will be coming out later this week now that the participants have been determined, but these might be the only props you need.

What will team that wins coin toss choose?
Defer to 2nd half -115
Receive kickoff -115

Will Gladys Knight take a knee or raise a fist during or following the National Anthem?
Yes +600
No -1000

Which will be higher?
Trump approval rating on 2/4/19 (according to Rasmussen Reports) +110
Yardage of longest made field goal -140

Which will be higher?
Total days of U.S. Government shutdown +110
Yardage of longest touchdown -140

Will the Super Bowl LIII winning team visit the White House?
Yes -200
No +150

Will any of the performers wear a Colin Kaepernick jersey?
Yes +220
No -300

Will Christina Aguilera make an appearance during the halftime show?
Yes +220
No -300

Will Mick Jagger make an appearance during the halftime show?
Yes +300
No -400

Will NFL issue a report admitting they missed a call during Super Bowl?
Yes +250
No -330

Will Rob Gronkowski announce retirement after game? (Must be shown on broadcast)
Yes +600
No -1000

Will Tom Brady announce retirement after game? (Must be shown on broadcast)
Yes +1200
No -2500

Will Bill Belichick announce retirement after game? (Must be shown on broadcast)
Yes +2500
No -5000

Will there be an animal besides a horse in the Budweiser Clydesdale commercial?
Yes -130
No +100