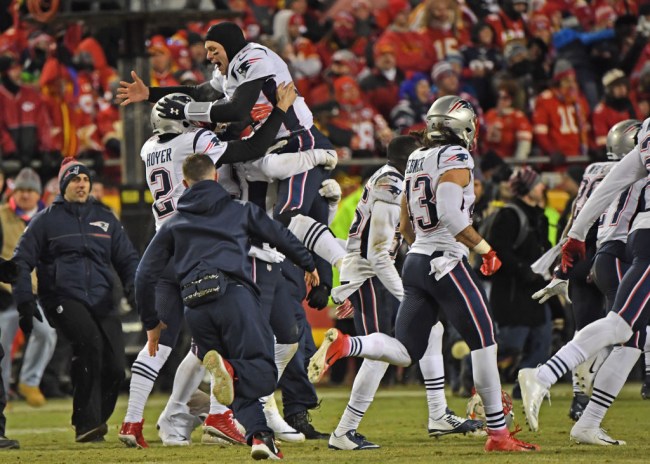 It’s time to finally start getting excited for the best part of the Super Bowl: The Prop Bets! Every year, there are different historical and recent fan favorite bets that always seem to be popular come Super Bowl time. The following 10 bets have nothing to do with the actual game and have everything to do with the broadcast, festivities before the game, festivities in the middle of the game, and festivities at the end of the game. It’s important to take into account the different trends with each bet by finding out the outcomes of previous years. This strategy, as it pertains to prop bets, has helped me win money and I think it will help you too.

1. How long will it take Gladys Knight to sing the National Anthem?

Prediction: I would take the over for this one. The under has hit the last two years so the over is bound to happen. The line for this year is so low because the only recording that can be found of Gladys Knight singing the anthem is from 28 years ago when she sand it at a blistering pace of 1:37. But the Super Bowl is the biggest stage on earth and you have to believe she is going to take her time.

2. What color will the liquid be that is poured on the game-winning coach?

Prediction: Blue. I believe the Patriots are going to win this game. The last time they won a Super Bowl, no one was able to get a hold of Belichick in order to dump Gatorade on him. That being said, in 2015 the Patriots were able to get to Bill Belichick and swarmed him with blue Gatorade. So why wouldn’t they go with blue again?

3. How many songs will be played during the halftime show? Maroon 5, Adam Levine?

Prediction: OVER. Maroon 5 and Adam Levine have too many popular songs to just sing seven songs. Look for them to be up with Justin Timberlake around ten songs during the halftime show.

4) What will the team who wins the coin toss decide?

Prediction: I think you would have to be crazy to choose the option of the winner decides to receive the kickoff for this bet. The last three Super Bowls the team who has won the coin flip has elected to differ including the Patriots last year. Look for this streak to continue for the fourth straight year.

5) How many people will watch the Super Bowl in the U.S.?

Prediction: Over. NFL TV ratings were up 5% this year compared to last year. There are less issues this year with the NFL and politics. Also, New England and Los Angeles are two teams who play in big markets. And both teams also feature great offenses.

6) How many times will Robert Craft be shown on TV?

Prediction: Over. When your betting, follow the trends. The last two years Robert Kraft hit on the over. Also Tony Romo will be announcing the game and he is absolutely obsessed with the Patriots Organization. Expect to see a lot of Kraft when it is time for the Super Bowl.

7) How many times will Donald Trump be mentioned during the broadcast?

Prediction: I think there is a reason why Trump being mentioned has hit the under for the past two Super Bowls. The NFL is trying to stay as far away from politics as they can and I believe they continue to do so this year. Under.

8) Who will the Super Bowl MVP mention first in his speech?

Prediction: Teammates. Tom Brady is the front runner for the MVP for this 2019 Super Bowl and the past has showed us that Brady always gives credit to his teammates before others.

10) Will Adam Levine be wearing a hat at the start of the halftime show?

Prediction: No. Although Levine tends to wear a lot of hats off stage, we can’t find any evidence that he wears hats during major performances and we don’t see him covering his face during the biggest of his career.