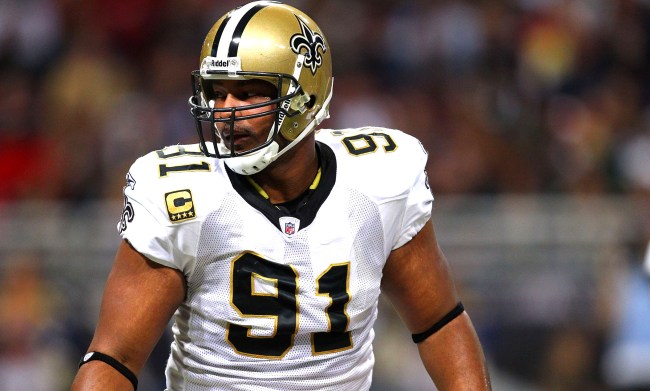 A little over four and a half years ago, on April 9, 2016, former Saints defensive end Will Smith and his wife were shot after getting into an argument with a man after a traffic altercation in the Lower Garden District of the New Orleans. Smith succumbed to his injuries and was pronounced dead at the scene, while his wife suffered two gunshot wounds to the leg, but survived.

The man arrested and charged with second-degree murder, Cardell Hayes, was a former prep school star in Louisiana who, apparently, was someone former LSU star Tyrann Mathieu was familiar with.

At that time, the state of Lousiana allowed juries to convict even if their decision wasn’t unanimous, which it wasn’t in Hayes’ case as the jury vote was 10 to 2.

In November 2018, Louisiana eliminated split jury verdicts, and in 2020, the Supreme Court deemed non-unanimous verdicts to be unconstitutional.

Which brings us to today as on Monday the Supreme Court voted to throw out Hayes’ conviction for that very reason.

According to NOLA.com, New Orleans Parish District Attorney Jason Williams is now tasked with deciding how to proceed in the case. Hayes could face a new trial at the last courthouse to issue an opinion in the matter. However, as Hayes’ attorney Eric Santana points out, he now cannot be charged with a crime more serious than manslaughter since a jury already ruled there wasn’t enough evidence to convict him on the original charges of murder and attempted murder.

In the original trial, Hayes claimed he acted in self-defense and that Smith shot at him first. Police did report recovering a fully loaded 9mm handgun in Smith’s vehicle following the incident.

Hayes also claimed someone took the gun Smith fired at him and removed it from the scene before police had arrived. Another witness claimed that Smith was only going to his car to grab his gun, which made Hayes feel threatened, but made no mention of him actually shooting at Hayes.

Interestingly, Ronald Gasser, the man charged with shooting and killing former NFL player Joe McKnight as prosecutors were preparing for Hayes’ trial for killing Smith, is also receiving a new trial as he too was convicted of manslaughter by a jury vote of 10-2 in Louisiana.