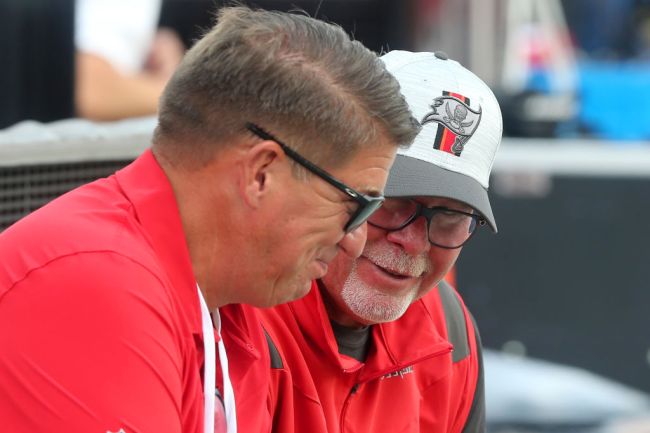 As the dust settles on Tom Brady’s retirement, the Tampa Bay Buccaneers are left with one huge question. How do you replace the GOAT? It’s not a question with an easy answer, but the Bucs appear to at least have one solution in mind already.

That potential solution is one they were smart enough to put in place in last year’s draft. The Bucs used a 2nd round pick to draft Florida quarterback Kyle Trask, knowing the Tom Brady experience had to end some day.

Now, their GM sounds pretty happy about his decision.

"…pretty good where he stacks up with these quarterbacks and I feel like we made a good decision last year.'' Bucs GM Jason Licht.

Kyle Trask played his way into that 2nd round draft slot with a prolific senior season. Trask threw for 4283 yards and 43 touchdowns in his last year at Florida. It gave Bucs fans hope that he could be the future for their franchise.

Those hopes took a little bit of a hit during the preseason. He was 17/41 for 176 yards with 2 interceptions in his first two preseason appearances. He managed to bounce back in the last preseason game with a 12/14 with 146 yards and a touchdown.

That was the last time we saw Kyle Trask make a throw, but the Bucs must be seeing something they like in practices. The Bucs still have plenty of time to get all of their potential options sorted out, but for right now it seems like Trask at least has a shot at the job.