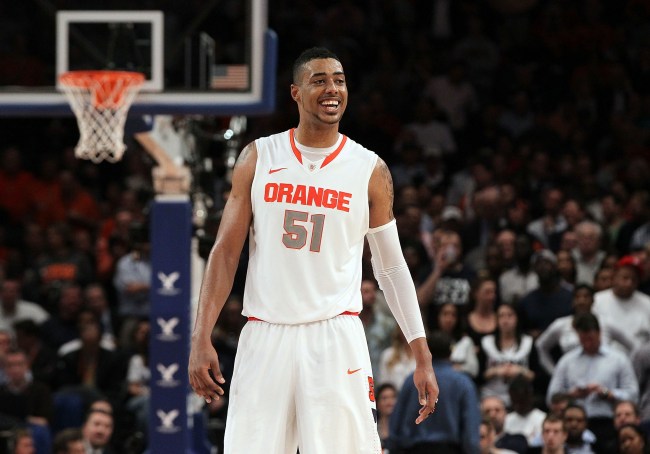 Fab Melo, former NBA center and Syracuse star, was found dead at his family’s home in Brazil over the weekend. He reportedly went to sleep at the house Friday night and did not wake up Saturday morning. The cause of death is not yet known, according to Yahoo Sports. He was just 26 years old.

In the wake of his death, Syracuse coach Jim Boeheim called Fab a “kind, genuine person who was committed to doing his best while at Syracuse.” However, not all who were associated with Fab were so complimentary. Actually just one total dick.

A member of a Syracuse fan message board who appears to be university trustee and basketball fan Joyce Hergenhan, according to Deadspin, chimed in on the thread mourning Fab’s death with a tasteless comment saying Melo was “no saint.” This was in reference to the academic cheating scandal that rocked Syracuse, in which Fab reportedly received improper assistance on coursework and ultimately led to 101 vacated wins for Boeheim the Syracuse basketball team.

Hergenhan, a bigtime SU donor, graduated from Syracuse back in 1963 and later became an executive at General Electric. She has donated millions to the school and program, but nothing shows one’s true colors like trolling a death thread.