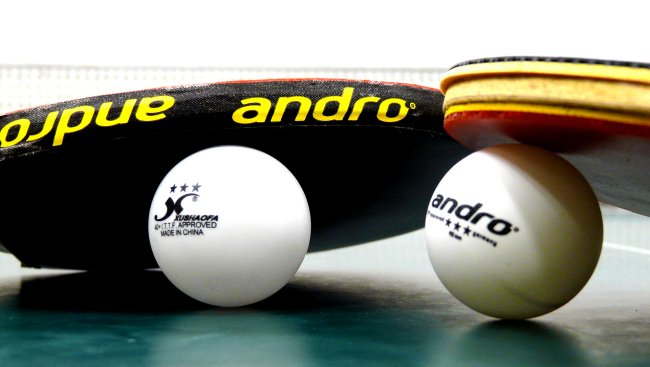 Gambling on table tennis is becoming so huge, literal millions of dollars are being bet on it, that people are now being arrested for match fixing.

That’s right. The recreational activity most of us refer to as ping pong, is serious business when it comes to wagering on the matches these days.

According to a new report by Front Office Sports, in just one state alone, Colorado, $6.6 million was bet on table tennis in the state’s first month of legal sports betting. And it’s not slowing down.

Steve Dainton, CEO of The International Table Tennis Federations, says his sport has the potential to generate “billions of dollars, and we are really only scraping the surface with our current business model.”

At first, those in the gambling community just assumed that the pandemic shutting own so many other sports was the reason for the big jump in table tennis wagering, but that doesn’t appear to be the case.

“I’m probably as shocked as the rest of the gambling community,” Jason Scott, vice president of trading at BetMGM, told Yahoo! Sports. “Once sports came back, I thought it would disappear off the map. It’s crazy.”

Table tennis gambling has become such a big business these days that last December some unusual betting patterns led to a raid of nine properties linked to former top Australian table tennis player Adam Green, and arrested him for “using corrupt conduct information to bet on an event and knowingly dealing with proceeds of crime with the intent to conceal,” reported the Sydney Morning Herald.

NSW Police Organised Crime Squad Commander Detective Superintendent Martin Fileman said police will allege Green was the head of the betting syndicate and used “his inside knowledge to gain information about table tennis matches in Ukraine that had a predetermined outcome”.

“In other words, they knew who was going to win the match, before they put the bets on,” he said.

“We can show, through evidence gained during the strike force, that direct money transfers from the head of the syndicate [were sent] to people very, very closely linked to these table tennis games in Ukraine.”

Police will also allege Green used a number of betting accounts in his name and those of a number of associates to place bets on the games.

So, what is the appeal of wagering on an obscure sport like table tennis anyway?

Conor McCormick-Cavanagh, a writer for Denver Westword, says, “You play the slots, it’s purely a game of chance. Sports betting can be a game of skill to a point. With table tennis, you can play it like you’re rolling the dice or pulling a slot lever. You’re betting on some random Russian dude.”

That and the fact that, really, who wouldn’t want to bet on a sport that produces insane highlights like these?