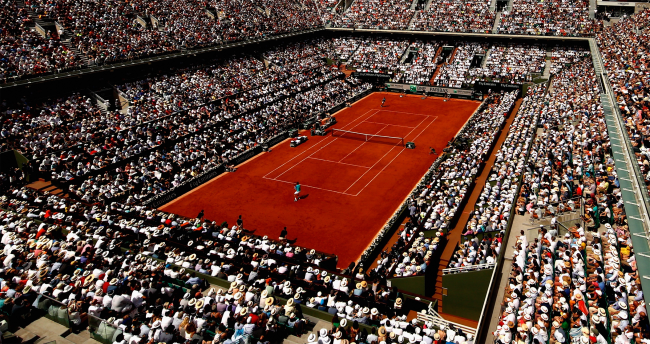 26-year-old Russian tennis player Yana Sizikova was arrested at the French Open over allegations of match-fixing during last year’s event, according to reports out of Paris.

Le Parisien reports that Sizikova, a doubles specialist, was arrested Thursday night as she was coming out of her massage session following her first-round women’s doubles match with her partner Ekaterina Alexandrova, a 6-1 6-1 loss.

The Paris prosecutor’s office said Sizikova was taken into custody by police for “sports bribery and organized fraud for acts likely to have been committed in September 2020.” Sizikova’s hotel room was also reportedly searched.

The arrest is part of an investigation into “sports corruption” that was opened last October by the Paris prosecutor’s office.

Sizikova and Brengle lost that match 7-6(8) 6-4. The Guardian reports that “hundreds of thousands of euros were reportedly wagered on a break of serve at 2-2” in the fifth game of the second set.

Sizikova double faulted twice and was responsible for three of the points her side lost in that game.

Anyone missing the Sizikova fix from last year?

Update: she partnered Alexandrova and will play on the 3rd of June against Storm/Alja

When reached for comment by the RIA news agency, Russian Tennis Federation president Shamil Tarpischev said, “We have not received any documents (regarding the case), so it’s difficult to make an assessment of what has happened.”

Sizikova is currently ranked 101st in the women’s doubles rankings and 765th in singles. She has earned a total of $206,617 in prize money during her 11 year career.