New York Tabloids, NBA Fans Had Way Too Much Fun Mocking The Knicks Not Getting The No. 1 Pick 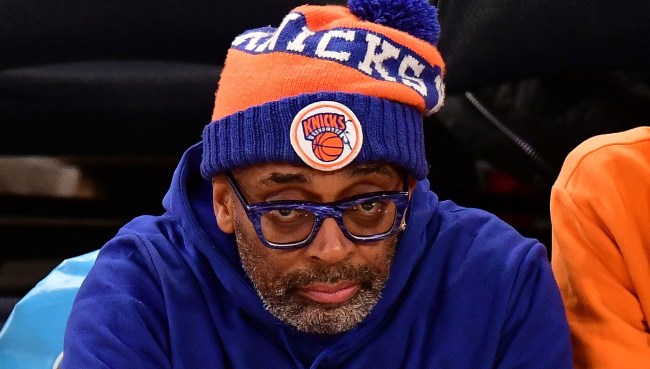 There’s just something about seeing sports teams cities like New York, Boston and Philly fail. It always seems to bring fans of every other sports team in the country out of the woodwork to gloat, mock and laugh at their missteps. Why do you suppose that is? Oh, right, because when those teams win their fans are often obnoxious AF. How could I forget?

The funny thing is, the tabloids in New York also seem to revel in the failures of the city’s sports teams. So it’s no surprise that the day after the New York Knicks failed to secure the number one overall pick (and in turn, Zion Williamson) despite having the best odds (along with the Cavs and Suns) at the NBA Draft Lottery Tuesday night, the city’s tabloids were more than happy to pounce.

The back page: The #Knicks aren't getting Zion Williamson https://t.co/2YTOLq1D18 pic.twitter.com/0sWtVhk5kW

Well the front and back page of the NY Daily news sums up how Knicks fans feel after not getting Zion 🤷🏽‍♂️🤣 #NBATwitter pic.twitter.com/KQvizHBntd

Fans of every other NBA team were not any kinder once the Knicks dropped to number three.

Congratulations to New York City on landing the Duke athlete of its dreams pic.twitter.com/dDoBEjfGl3

The Knicks thought they were getting KD, Kyrie, and Zion but in reality they’re about to get KD, Isaiah Thomas, and R.J Wiggins pic.twitter.com/nYjUZjId2n

Every other fanbase's reaction to the Knicks and Suns tanking all year and still not getting Zion:#NBADraftLottery pic.twitter.com/4fhHxMcawz

Knicks fans swore they were getting Zion bro pic.twitter.com/VDwl1DIHRl

Knicks: We'll give you the No. 1 pick for Anthony Davis

When you wake up and realize the Knicks getting 3rd wasn’t a nightmare pic.twitter.com/5bRqlCbuIf

I know. That really doesn’t help, does it Knicks fans?