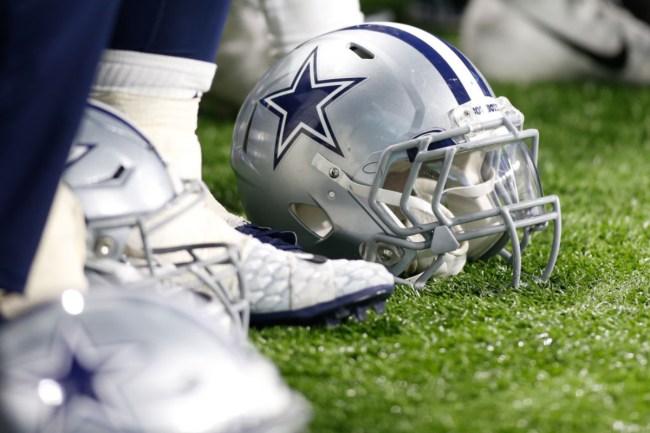 With the start of the 2022 NFL Draft just two days away, Dallas Cowboys owner Jerry Jones decided to reminisce a bit about past drafts during his Tuesday press conference.

While discussing who it is that actually makes draft decisions, Jones joked about Taco Charlton, who Dallas drafted 28th overall in 2017. His comment about Charlton was definitely a shot at the defensive end.

“There’s a lot of talk in this business about who makes the call, actually makes the call,” Jones said. “Taco was Stephen’s call. [Micah] Parsons is my call.”

#Cowboys owner Jerry Jones on who makes the final call in the draft room: “Taco was Stephen’s call. Parsons was my call.”

Jerry is not playing around. 🤣pic.twitter.com/aEV5J2FA33

Charlton didn’t exactly turn into the dominant defensive force the Cowboys wanted him to become after drafting him. He was ultimately released by the Cowboys in September of 2019 before being claimed off of waivers by the Miami Dolphins.

The former Michigan star has made stops with the Kansas City Chiefs, and Pittsburgh Steelers, and is now with the New Orleans Saints.

While Jones’ words weren’t exactly friendly, Charlton appears to have been able to laugh it off.

He reacted to Jones’ comments on Twitter in perfect fashion:

While Charlton’s time in Dallas wasn’t perfect, he still signed a four-year contract worth $10 million after being drafted. He’ll gladly take a shot from Jones after the Cowboys paid him millions of dollars earlier in his career.