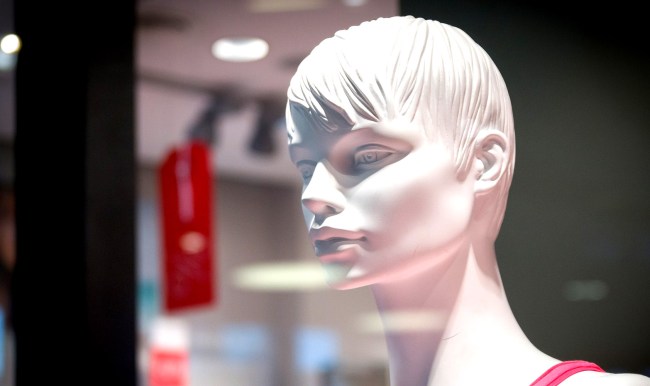 While Major League Baseball tries to figure out how to quarantine hundreds of players and their families, as well as get dozens more from their homelands in Latin America, Canada, and the like, out of their countries and into the United States, one Taiwanese baseball team, the Rakuten Monkeys of the Chinese Professional Baseball League (CPBL), will be putting 500 robot mannequins in their stands to serve as fans during the team’s games.

No. Seriously. This is what they are doing. Look.

With the 2020 #CPBL season starting on April 11 behind closed doors. The Rakuten Monkeys announced that they will have robot mannequins in the stands dressed up as fans. 🤖 pic.twitter.com/miT6JkFoM0

“Since we are not allowed to have any fans in attendance, we might as well have some fun with it,” said the Monkeys’ general manager Justin Liu. “We went with 500 robot mannequins to comply with the current CDC guideline.”

After being postponed twice already, the league is now scheduled to being regular season play on April 11th and since less than 200 people will be allowed inside the stadium, this is the alternative they came up with for fans.

Some of the robot mannequins have even been programmed to hold up signs supporting the Monkeys, and hey, at least no one will have to worry about these “fans” breaking any social distancing rules.

🤖 Robot fans being introduced by the Rakuten Monkeys for their @CPBL home games! "#NewTeammates"

My only question is, will the Rakuten Girls be allowed inside the stadium? Because that could really eat into that 200 person limit.