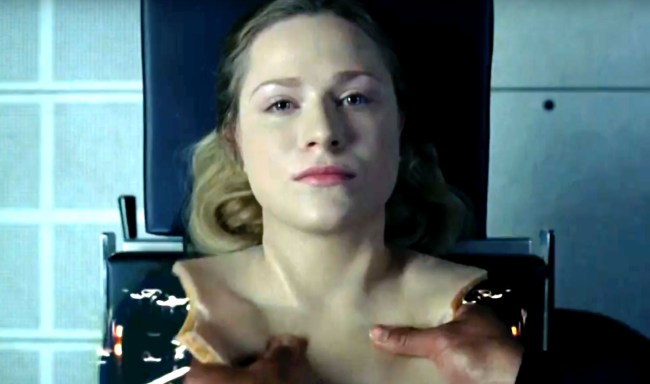 For those unfamiliar, in the classic movie and on HBO’s hit show Westworld there are androids that look, feel, and act just like humans. Scientists apparently want to make that really happen because they keep doing creepy things with artificial intelligence, implanting small human brains into animals, growing miniature human brains in a lab (which may be sentient and feel pain), and now, creating the world’s first living, self-healing robots made out of living cells.

They call these new robots xenobots (sounds like a type of Transformer, and in a way they are), which refers to the African clawed frog (Xenopus laevis) whose stem cells the researchers used to build these miniature robots with assisatance from some evolutionary algorithms (which sounds like something straight out of Westworld).

This new “breakthrough” was chronicled by researchers from Tufts University’s Allen Discovery Center and the University of Vermont in a recent issue of the Proceedings of the National Academy of Sciences.

The scientists claim that these xenobots are “entirely new life-forms,” so that’s reassuring.

“They’re neither a traditional robot nor a known species of animal. It’s a new class of artifact: a living, programmable organism,” said Joshua Bongard of the University of Vermont, co-leader of the research, in a press release.

The new creatures were designed on a supercomputer at UVM — and then assembled and tested by biologists at Tufts University. “We can imagine many useful applications of these living robots that other machines can’t do,” says co-leader Michael Levin who directs the Center for Regenerative and Developmental Biology at Tufts, “like searching out nasty compounds or radioactive contamination, gathering microplastic in the oceans, traveling in arteries to scrape out plaque.”

After much trial and error using the Deep Green supercomputer cluster at UVM’s Vermont Advanced Computing Core, the cells were “assembled into body forms never seen in nature” and “began to work together.”

These reconfigurable organisms were shown to be able move in a coherent fashion — and explore their watery environment for days or weeks, powered by embryonic energy stores. Turned over, however, they failed, like beetles flipped on their backs.

That’s good. At least they found out the robots’ weaknesses right from the jump.

The brainless blobs end up behaving in ways that are downright spooky. “They change their movement from time to time, so they will move in a particular way, then they’ll change it, then they’ll turn around and go back,” says [Tufts University developmental biophysicist Michael Levin]. When they encounter other loose cells, they’ll herd them into little piles. Slice a xenobot open and it’ll pull itself together again, à la T-1000 from Terminator 2. Two xenobots might join together and scoot around as a happy couple. A xenobot with a hole in it can pick up and carry things.

CNN says “they can walk and swim, survive for weeks without food, and work together in groups.”

On the plus side (for humanity), these xenobots can’t reproduce or evolve.

However, their lifespan can increase to several weeks in nutrient-rich environments. And although the supercomputer — a powerful piece of artificial intelligence — plays a big role in building these robots, it’s “unlikely” that the AI could have evil intentions.

“At the moment though it is difficult to see how an AI could create harmful organisms any easier than a talented biologist with bad intentions could,” said the researchers’ website.

Related…
• Artificial intelligence can now recreate videos people are watching by reading their minds
• Humans one day soon will emotionally bond, fall in love and marry robots, claims philosopher
• Massachussetts police secretly used robot dogs for three months so the countdown to the robot uprising has begun
• Boston Dynamics robots have figured out how to work together and I guess humanity had a pretty good run
• Oh hell no, now there’s a robot that bleeds, breathes, pees, and has a pulse? We’re all so f**ked
• Elon Musk is planning on having cyborgs living side-by-side with humans in the near future
• Robots can now solve a Rubik’s Cube, one-handed, in their latest step towards becoming our new overlords
• New study says robots will soon be able to recognize human emotions, which will be very helpful when their uprising begins
• The Marines are turning to artificial intelligence to combat enemies’ most deadly weapons
• These more than 25 creepy ways robots are becoming more human spells doom for us all