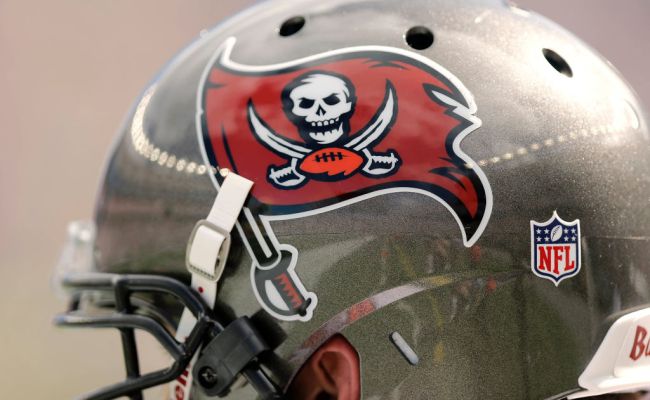 With Tom Brady’s retirement, the Tampa Bay Buccaneers now find themselves scrambling to replace the greatest quarterback to ever set foot on an NFL field. Many fans expect them to start hunting for a replacement.

Unfortunately, it’s hard to picture the Buccaneers landing anybody that will make much of an impact. Their cap situation isn’t the greatest and it could lead to them losing a few key pieces. That leaves them with a few unconvincing options they could afford in free agency and what they have on their roster.

There were some rumblings that maybe Kyle Trask would step into the starting role, but according to one Buccaneers insider, we could see another current Buccaneers QB take over. According to Rick Stroud, Blaine Gabbert may be the man for the job.

This is where the Bucs QB stands RIGHT now, while everyone lives in that mystical place called Never say Never land.
Of course, there’s a long way to go.

Are you sitting down? Blaine Gabbert may be QB the Bucs need https://t.co/OH4BFOvdY7

If the Bucaneers actually end up making Blaine Gabbert their starter for next season, they could suffer a precipitous drop from their contender status. We saw what this team looked like before Tom Brady.

The Buccaneers were an 8-8 team with Jameis Winston as their quarterback just a couple of years ago. Their defense has gotten better since then, but it’s hard to see how their offense wouldn’t get much worse with Gabbert.

Gabbert at the wheel would make it tough for the Buccaneers to compete for a playoff spot even in a weak NFC South.

Stroud may see Gabbert as a real option, but it’s hard to picture the Buccaneers doing anything but securing a high draft pick with him at quarterback.