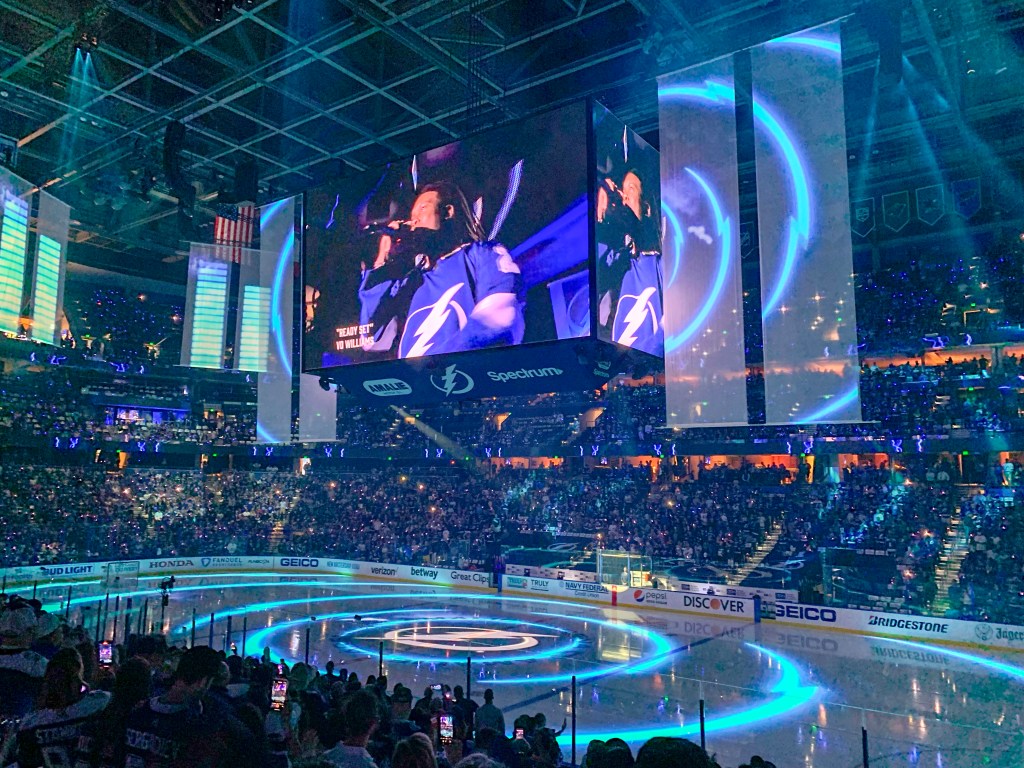 Then the game happened and it was anything but a low-scoring battle dictated by the goalies. New York scored just 71 seconds into the game and the first period was competitive but the Rangers blew out the Tampa Bay Lightning 6-2 with a flurry of unanswered goals in the 2nd period at Madison Square Garden.

Back in Florida, Tampa Bay Lightning fans gathered at Amalie Arena for a watch party. The mood in the arena went from excitement to outrage to boredom pretty quickly as the game slipped away. Instead of focusing on the Lightning getting blown out, fans used the large foam glow sticks on everyone’s seats to construct the world’s largest glow stick chain.

Here’s the moment the two chains become one. The most exciting moment of the night (after the First Period) for Tampa Bay Lighting fans. There are two clips, the second one is the money shot of the chain being connected.

The moment the two chains connected. Other side will connect momentarily #TBLvsNYR pic.twitter.com/OKys85oiaI

There wasn’t a ton for Tampa Bay Lightning fans to cheer for but the mood was high at the Amalie Arena thanks to the foam glow stick chain.

To be fair, this result wasn’t entirely unexpected. The Lightning were coming off 9 days of rest and the team has a pretty dismal record off long rest. They went from playing Stanley Cup Playoffs speed and sweeping the Panthers to 9 days of waiting around. The Rangers were fighting for survival in a Game 7 days ago.