Tate Martell Explains Why He Almost Quit Football Before Transferring To UNLV, His Third School In Four Years 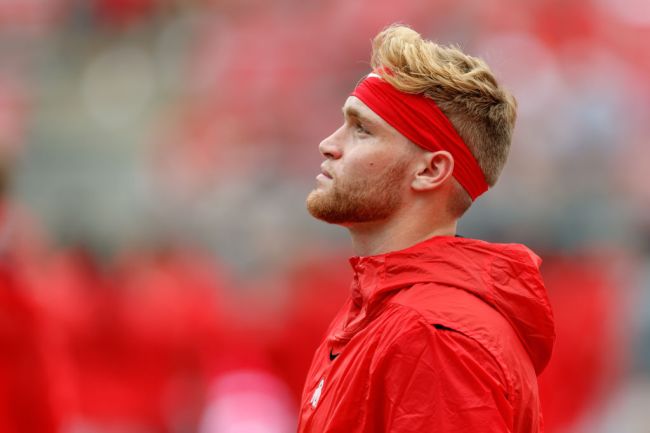 Tate Martell has thrown exactly 29 passes as a college football quarterback since 2018. Twenty-eight of those passes attempts came as a freshman at Ohio State, while the other came a year later as a Miami Hurricane.

Nobody would pay attention to a quarterback with those numbers, but given Martell’s spotlight coming out of high school – and his unique journey since joining the college ranks – he’s someone that still creates headlines without doing much of anything on the field.

When Martell recently announced his commitment to UNLV it marked the fifth school he’s committed to in just nine years. The announcement was a surprising one as

Martell’s college football career seemed to be pretty much over after an unsuccessful stint at Miami, and he thought the journey was over as well.

The 5-foot-11 QB recently shared that he “hit rock bottom about a year ago and was going to quit football” before deciding to leave Miami and go home to Las Vegas to train again.

Schools were paying attention to Martell’s return, but after he told them that he underwent thumb surgery earlier this year, conversations stopped. UNLV was the only school that didn’t seem to care about the surgery and stuck with him giving him another opportunity to prove himself.

Martell shared all of the details about his most recent comeback journey in a TikTok.

♬ I Wanna Know You – BLVKSHP

Earlier this month it was reported that Martell hadn’t been cleared for full practice following his thumb surgery and only participated in individual drills. He’s a player that still possesses unbelievable athleticism, and if he can get on the field in Vegas, then he’ll continue to make headlines. Maybe a Group of Five program will be a better fit for Martell.