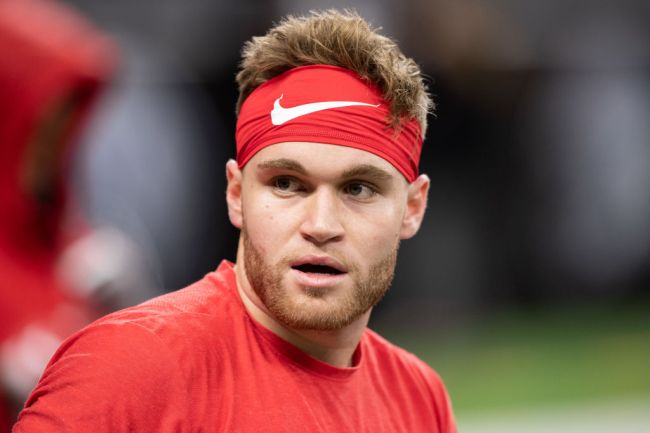 Tat Martell was a bad, bad dude coming out of Bishop Gorman High School in Las Vegas. He was touted as a five-star recruit and a Top Five QB in the class of 2017. Martell was undersized for the QB position but got Johnny Manziel comparisons coming out of high school given his ability to make things happen with his feet.

Martell was projected to be one of the most electric college quarterbacks in the country, but things don’t always work out the way we assume they will. After originally signing with Ohio State and transferring to Miami (FL), Martell is now reportedly committed to play for UNLV.

UNLV, Miami, and Ohio State aren’t the only three schools that have been a part of Martell’s college journey in some form or another. His college football timeline truly is a sight to behold as Andrew Hutchinson of Rivals pointed out on Twitter.

Martell literally has not sat still since 2012, the kid has been on the move or announcing major life decisions a few times a year for over nine years now. You’d think given his timeline is more eventful than most people’s entire lives that he would be out of eligibility, but he’s still got two more years to burn.

Here’s to hoping Martell finds something at UNLV and tears up the Mountain West because he still is a fun player to watch even if some people are watching in the sense that his life has been a sitcom instead of a college football career.