Ted Ginn Jr. Says He Beat Usain Bolt In A Race In High School And Claims He’d Be An Olympian If He Hadn’t Played In The NFL 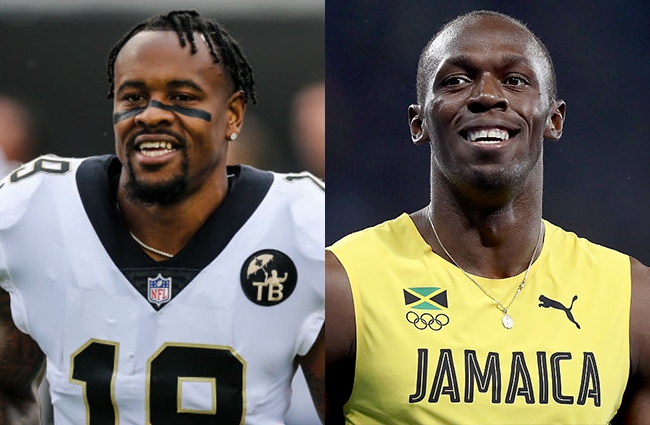 The best athletes on the planet were slated to gather in Tokyo in a couple of months for the Summer Olympics until the powers that be realized it might not be the best idea to have thousands of competitors travel from around the world and congregate in close quarters in the middle of a pandemic, and as a result, we’ll have to wait at least a year to see if any of them are able to make their other competitors feel bad for training their entire lives for their moment in the spotlight only to get absolutely embarrassed on a global stage.

The Dream Team did exactly that in Barcelona in 1992 and Michael Phelps dominated in a similar fashion in Beijing in 2008 in the midst of an unreal run that made him the most decorated Olympian of all time—the same year Usain Bolt burst onto the scene and toyed with everyone else on the track while setting multiple world records in the process.

The Jamaican is almost inarguably the best sprinter the world has ever seen and there was a time where he was virtually unbeatable. However, there were a few people who were able to secure lifetime bragging rights before he made his rise to stardom—including Ted Ginn Jr.

Last week, the Chicago Bears wide receiver spoke with TMZ and recounted the time he faced off against a younger Bolt’s team in a high school relay during his senior year in 2004, where he helped his squad establish a big enough lead during the second leg of the race to walk away with a victory.

Ginn—who was a national champion in track during his high school days and was recruited to run by Ohio State’s coach—says he believes he would have been an Olympic gold medalist if he hadn’t opted to pursue a career in football,

There’s no telling what would have happened in a different timeline but I think it’s safe to say that decision worked out pretty well for him.