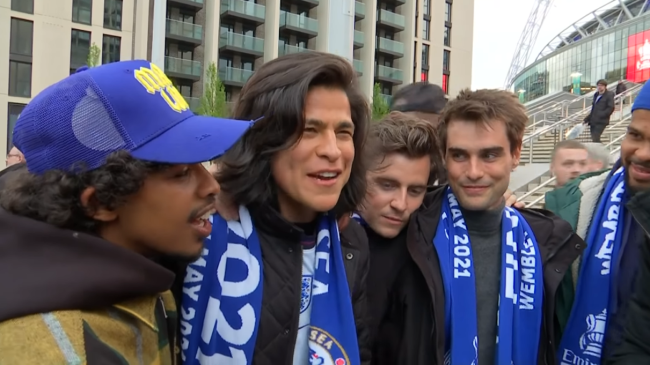 In case you missed it, the FA Cup Final took place on Saturday with Leicester City’s Youri Tielemans scoring the only goal in their 1-0 victory over Chelsea.

Saturday’s game drew the biggest crowd at a sporting event in the United Kingdom since March 2020 when the global pandemic forced sporting events to either be canceled or go on without fans in attendance.

Included among the approximately 21,000 supporters at the FA Cup Final was the cast of the hit Apple TV+ show Ted Lasso.

Related: Ted Lasso Is Actually Based On One Of Jason Sudeikis’ Childhood Coaches

Following the exciting match, ITV News reporter Chris Skudder was looking for some crowd reaction at Wembley when he stumbled on to the Ted Lasso crew. Only he didn’t know it was the Ted Lasso cast, and they made absolutely zero effort to clue him in, staying in character for the entire segment.

The stars of the AFC Richmond Greyhounds had Skudder completely fooled as Toheeb Jimoh, AKA Sam Obisanya, led the cast, eventually getting them all to start chanting for Dani Rojas (Cristo Fernandez’s character) and singing his song from the show.

Later, Skudder was made aware of what had happened and was a good enough sport to share the whole thing, including the parts that didn’t make it on to the air, on his YouTube channel.

Ted Lasso, starring Jason Sudeikis as the title character, returns to Apple TV+ for its second season on July 23rd.

American Ted Lasso, a coach of college-level American football, is unexpectedly recruited to coach an English Premier League team, AFC Richmond, despite having no experience at all in association football.