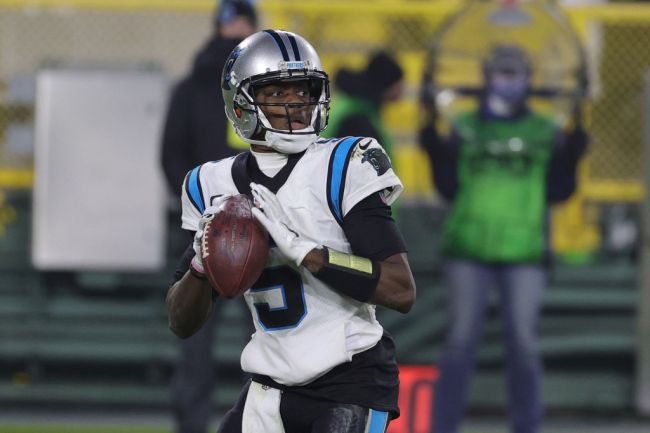 Teddy Bridgewater’s one-year stint with the Carolina Panthers didn’t exactly go as planned. The Panthers went 5-11, Christian McCaffrey was sidelined for the majority of the year, and Bridgewater was 0-8 on game-winning drives.

It doesn’t get any worse than not being successful on at least one game-winning drive, literally, but based on what Bridgewater recently explained on the All Things Covered podcast, all the blame can’t be pointed his direction.

While reflecting on his time with the Panthers, Bridgewater explained that he isn’t the type of person to come up with excuses and at the end of the day, he’s the guy on the field that either makes it happens or doesn’t. He did, however, expand on offensive coordinator Joe Brady’s practice techniques, and lack thereof when it came to practicing two-minute drills and in the red zone.

As soon as Bridgewater said that, co-host and former NFL cornerback Bryant McFadden raised up in his seat in total disbelief. McFadden said that during his playing days, entire practices were dedicated to two-minute drills and red zone.

Bridgewater went on to say that the Panthers didn’t practice on Fridays, but you walked thru red zone stuff and on Saturday he’d only get about 15 live reps of red zone work.

I was stunned to hear this from Teddy Bridgewater, speaking about his time in Carolina…

It’s safe to say that head coach Matt Rhule and Brady may try practicing red zone and two-minute drills a bit more this upcoming season. Rhule was in his first season as an NFL head coach and it was Brady’s first as an offensive coordinator in the league, but both had assistant coaching experience in the NFL prior to landing in Carolina.

Bridgewater delivered this news about as flawlessly as anyone could have. In no way did he mock his former organization or anything, he just stated facts and dished out some advice for the Panthers moving forward while he tries to earn the starting role in Denver.