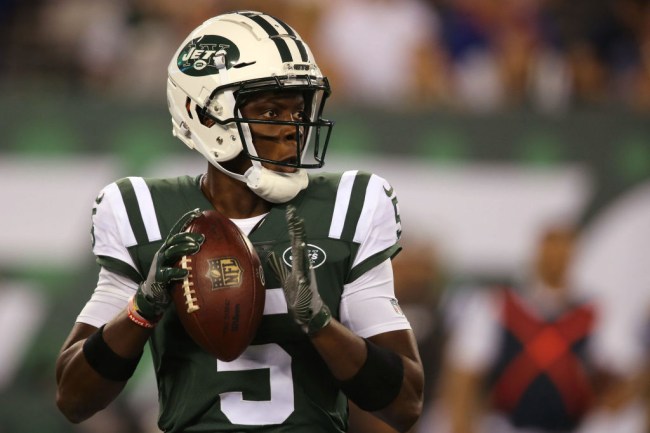 Teddy Bridgewater was one of the top prospects in a draft class overshadowed by the cautionary tale that is Johnny Manziel and showed a great deal of promise in his first season.

Bridgewater followed up his debut with a year that earned him an invite to the Pro Bowl in 2015 but suffered a major setback while preparing for the following season when he tore his ACL, which sidelined him for almost two years.

It’s hard to appreciate the extent of his injury until you read a first-person account from the surgeon who treated him so it’s no wonder he cried tears of joy when he officially returned to the sidelines last year.

Case Keenum had taken over the reigns for the Vikings by the time Bridgewater eventually returned to action, although the quarterback got to play during garbage time toward the end of what would ultimately be his final season with the team.

Bridgewater signed a largely unguaranteed contract with the Jets back in March, and after a few preseason games, the team decided to part ways with the soon-to-be journeyman by sending him to the Saints in return for some draft picks.

Trade of Teddy Bridgewater to the Saints is expected to involve draft picks.

And with Bridgewater headed to Saints, Sam Darnold now looks to be Jets opening-night starter.

This would normally be a pretty unnotable trade on its own, but based on one report, it looks like Bridgewater might have just been treated to one of the most disrespectful exits in the history of the NFL.

Crazy scene: #Jets players were on the bus when they stopped, told Teddy Bridgewater he’d been traded, he waved goodbye, then they drove off, source said. Bridgewater headed to the #Saints. Wild.

I assume there are some bylaws in the rulebook that mandate a player must cease any and all activities with his former team after being traded, but I feel like there’s a better way to say farewell to someone than dumping them on the side of the road.

I hope they at least offered to grab him an Uber to New Orleans (even if it was just a Pool).