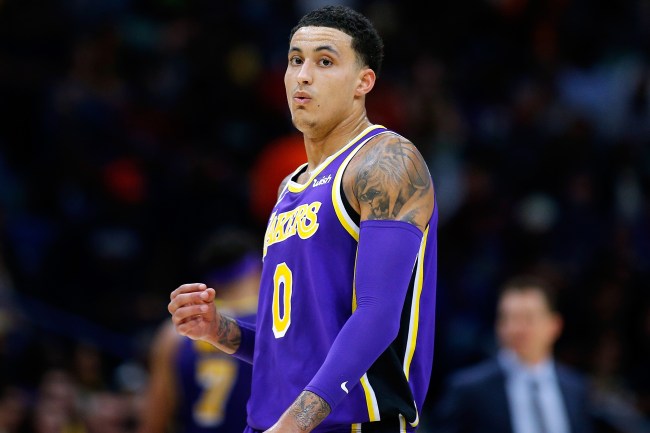 During the segment Abraham says Lakers forward Kyle Kuzma slid into her DMs and wanted her to come to a Laker game to watch him play.

According to Abraham she never went to the game because Kuzma wasn’t willing to pay $15k to get her courtside seats.

That’s the message Farrah says she told Lakers’ rising star Kyle Kuzma — claiming he tried to get at her in her DMs … but he wouldn’t pony up for quality Lakers tickets.

The “Backdoor Teen Mom” star appeared on “The Hollywood Pipeline” podcast and spilled the tea about how she allegedly shot down the 23-year-old NBA player.

According to Abraham, Kuzma told her he would have to pay out of pocket $15,000 to sit her on the court next to stars like Leo DiCaprio and Jack Nicholson … and refused to budge.

So, Farrah says she told the guy to kick rocks.

Abraham has been in the news recently for allegedly skipping out on more than $100k in rent so it was probably a smart move by Kuz to pass on the former reality star.

Farrah Abraham’s got beef in Texas, but we ain’t talking brisket — she’s getting sued for breaking a couple of leases and skipping out on more than $100k in rent.

The company that runs the Oaks at Lakeway Mall in Travis County says Farrah signed two 5-year leases in 2016 for her F&S by Farrah and Sophia Laurent Boutique. Biz was not good, though … in docs, obtained by TMZ, the mall says Farrah closed her doors in September 2018, and stopped paying rent.

Kyle Kuzma is Vacationing in Miami with the Hottest Girl in the Game #nba #nbatwitter #lakeshow https://t.co/MDBN20ABIX