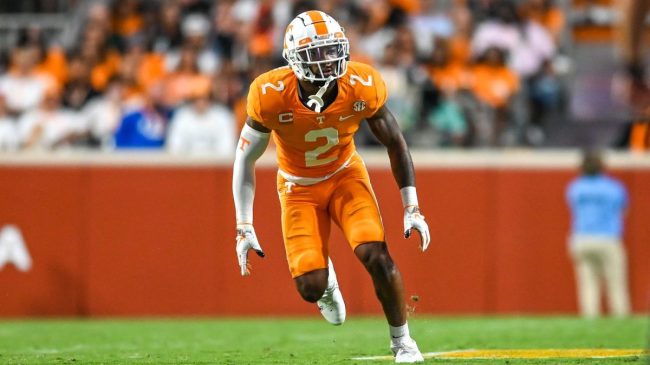 The Tennesee Volunteers have been one of the biggest surprises of the 2022 college football season. The Vols began the season as a team to watch just outside the AP Top 25. But they’ve since rolled to a 5-0 record, including three ranked wins, to surge to No. 6 in the country.

That record, and ranking, will be put to the test in a big way on Saturday when Tennessee welcomes third-ranked Alabama into Neyland Stadium. The two teams play every year on the Third Saturday in October rivalry game.

But lately, it’s been one-way traffic.

Alabama has won 15 straight games against the Vols dating back to 2007. This year, however, Tennessee looks to be the real deal, led by Heisman Trophy candidate quarterback Hendon Hooker. The Crimson Tide needed a last-second stop against Texas A&M last weekend to avoid a massive upset. But they should benefit from the return of reigning Heisman Trophy winner Bryce Young at quarterback against the Volunteers.

Bama could also stand to benefit from the absence of one of Tennessee’s best defensive players.

Senior safety Jaylen McCollough is a team captain that has started over 30 games for the Vols. He’s one of the Volunteers’ best tacklers in the secondary and came up with four turnovers (three interceptions, one fumble recovery) in 2021.

But McCollough may not be available for head coach Josh Heupel on Saturday.

More on the story: https://t.co/5lXNt4SPzV

ESPN’s Mark Schlabach reports McCollough was arrested and charged with felony assault on Sunday after an incident at a Knoxville apartment complex. Though the incident report still leaves a lot of questions.

According to the report, police responded to a call from a man who claims to have been knocked unconscious by McCollough. Though the man also reportedly told police he mistakenly entered McColough’s apartment while drunk after earlier exiting another apartment in the area.

Officers attempted to contact the residents of the apartment, but no one answered the door. Officers found the woman who had been helping the victim in a car in the parking lot, and she identified herself as McCollough’s girlfriend.

She called McCollough back to the scene, according to police, and his right hand was in bandages with blood soaking through. McCollough, 21, didn’t answer officers’ questions and was arrested.

McCollough, from Austell, Georgia, was released from jail on Monday morning, according to the Knox County Sheriff’s Office.

Tennessee has not yet commented on the matter. But losing McCollough would be a massive blow ahead of perhaps the biggest game of the year.

Caesars Sportsbook lists the Volunteers as 7.5-point underdogs against the Crimson Tide.