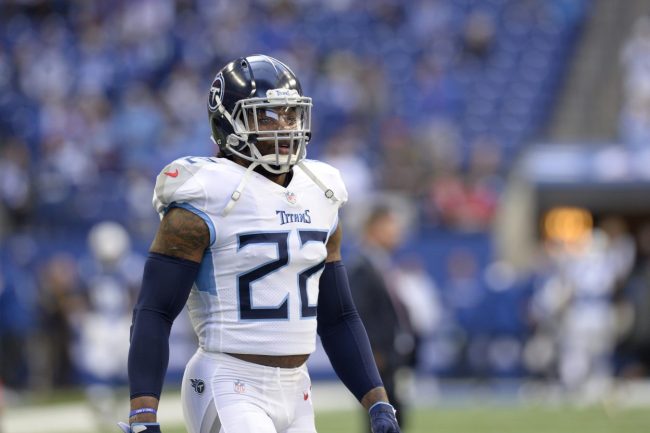 It has been just over two months since Derrick Henry suffered what was thought to be a season-ending injury against the Colts. However, because of the freak of nature that he is, Henry is already back practicing and looks as dangerous as ever.

On January 5th, the NFL’s leading rusher from a year ago was officially designated to return from Injured Reserve. That gives him a 21-day window to return to the field for the Titans.

Henry has been rehabbing a Jones fracture that required surgery over the course of the last 10 weeks. In his absence, Tennessee rattled off a string of wins that led them to clinch the AFC South and a bye week in the Playoffs.

As a result, Henry has been granted an additional 7 days to get back in the swing of things before the Titans even take the field. That is bad news for the rest of the NFL. Especially which team be tasked with beating Tennessee in the Divisional Round next weekend.

Based on video from practice on Wednesday, that will include a full-strength Henry.

His footwork was on-point. At 6-foot-3, 247 pounds, Henry should not be able to move like he does.

#Titans Derrick Henry with the quick feet at practice today. Henry with some extra time to get healthy thanks to the Titans first round bye. pic.twitter.com/NEuHoYtgZ3

Good luck trying to force him to fumble.

A quick compilation of Derrick Henry at practice today for the #Titans. Guy in white sleeves trying to knock the ball loose? GM Jon Robinson. pic.twitter.com/3OKr7A1lmL

A look at the variety of things Derrick Henry did at #Titans    practice today. Seemed like he ramped the pace up from last week. pic.twitter.com/FKjfl48A4p

All signs point toward Henry coming back sooner than later. Whether that means next weekend or not is to be determined, but if he is dressed, it would be the first time that The King has had fresh legs for the playoffs in his career. Look out.