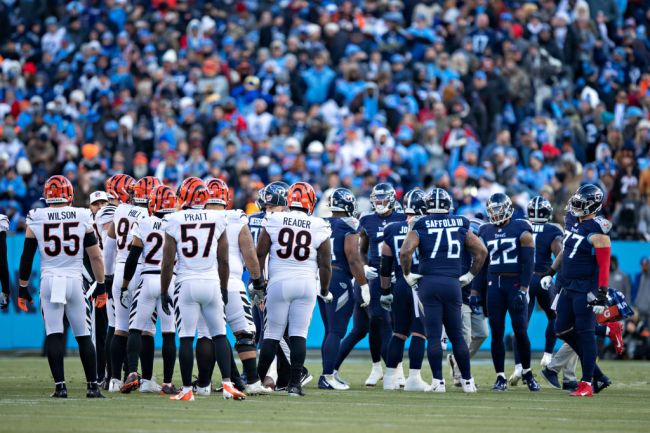 Tennessee Titans wide receiver. AJ Brown has been the subject of much speculation this offseason. This NFL offseason’s major moves on the wide receiver market has made it so any top receiver eligible for a contract extension is now viewed as a trade candidate.

AJ Brown is seen as one of those candidates and didn’t do anything to slow that speculation with a cryptic tweet he posted a few weeks ago in the midst of that trade speculation.

Now he’ll really have the football world wondering if a trade is a possibility. According to ESPN’s Turron Davenport, AJ Brown will be skipping the Titans’ voluntary offseason program as he tries to secure a contract extension.

#Titans WR A.J. Brown does not intend to report for the start of the team's voluntary offseason program today in addition to not taking the field according to a source. The first two wks (Phase 1) of the program includes meetings, strength/conditioning, and physical rehab only.

It’s honestly a bit surprising that the Titans haven’t already extended Brown. Brown is currently in the 4th year of his rookie deal and as a second round pick, doesn’t have a 5th-year option available for the team.

The Titans seem to have put themselves in a position where they have very little leverage in this negotiation. With Julio Jones no longer on the roster, Anthony Firkser signing elsewhere, and Robert Woods recovering from an ACL tear, Brown pretty much is their passing game.

We also got a glimpse of what the Titans offense looks like without AJ Brown last season and that version of the offense lost to the Jets.

The Titans need to get a deal done quickly with Brown before he just lets his contract expire at the end of the season and finds a less run-heavy offense to go play in.