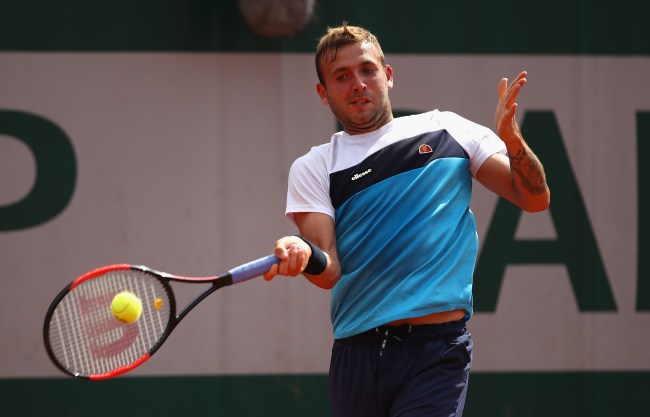 British tennis player Daniel Evans was playing the best tennis of his life. The 27 year old catapulted into the world’s top 50 with a run to the fourth round of the Australian Open and managed to secure himself a spot in all the lucrative tournaments. But a little booger sugar robbed him of one year of his prime.

Evans should consider that a blessing, seeing as a cocaine offense typically carries a suspension ranging from two to four years by the International Tennis Federation. So how’d he do it? The story is equally as genius as it is hard to believe.

Evans tested positive for cocaine on April 24, 2017. He ADMITTED to using the nose candy outside of active competition and said he later put a packet of it in his “washbag” right next to his legal medications, inadvertently contaminating them, Deadspin reports. According to an expert who testified on Evans’ behalf, the amount ingested was a 1-3 mg dose, far less than someone would typically ingest.

Here is the explanation of how Evans weaseled out of a mandatory four year ban. 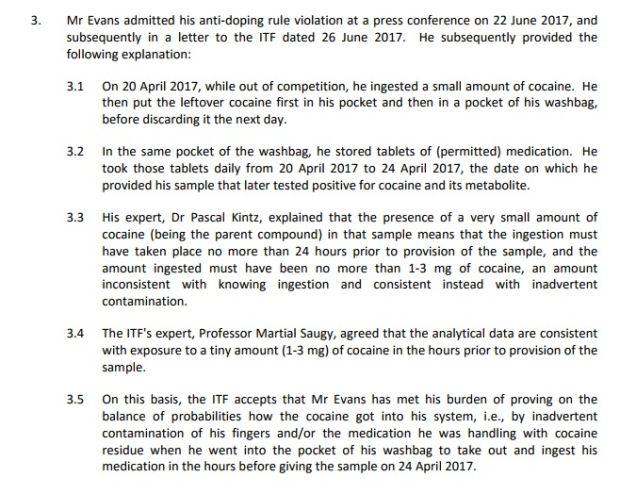 And the ITF’s convoluted reasoning: 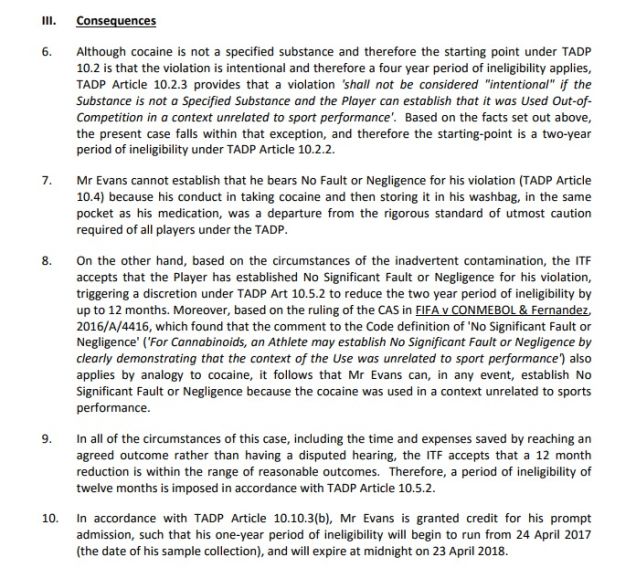 Prior to the sentencing, Evans lamented on his poor decision:

“This is a very difficult day for me,” Evans said last month.

“It is really important that you know this was taken out of competition and the context completely unrelated to tennis.

“I made a mistake and I must face up to it.

“I do not condone for one second to anyone that this was acceptable behavior.

“I have let a lot of people down – my family, my coach, my team, sponsors, British tennis and my fans.

“I can only deeply apologise from the bottom of my heart.

“It is a sad and humbling experience.”

One man who won’t be happy with Evans’ light sentencing is staunch anti-drugger Andy Murray. Prior to the suspension, Murray said that Evans deserves a ‘long, long’ ban for his crime, adding, “The rules are very clear. He broke those rules, and deserves his suspension.”

Hey, congrats to Evans, snake it till you make it, bruh.