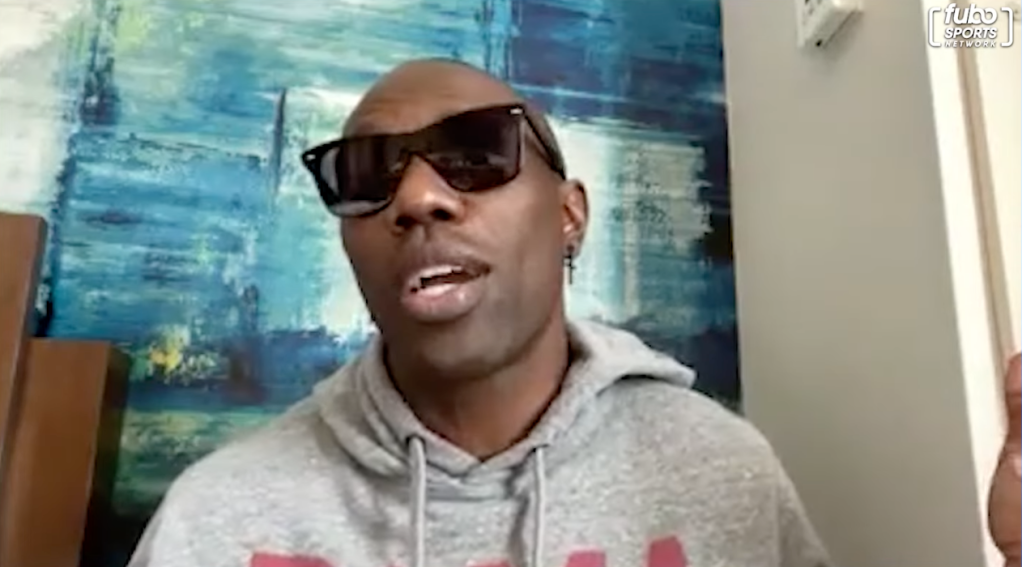 The stats don’t lie. Terrell Owens has had a much better NFL career than Antonio Brown. But that hasn’t stopped an ongoing feud between the two. Antonio Brown brought up Terrell Owens during his appearance on the ‘Full Send Podcast’ after Terrell Owens previously hopped on Twitter to talk facts. A viral tweet went around showing a picture of T.O. and AB with the caption asking who is/was the bigger diva. Terrell Owens responded with “Wow. Respectfully and Disrespectfully, there’s no comparison. Clearly, you’ve been drinking the kool-aid.”

Terrell later threw his name in the hat as a wide receiver replacement for Antonio Brown after the Bucs cut AB which prompted a discussion about TO’s age, he’s 48 years old. Now, Terrell Owens is defending himself with a blunt message for Antonio Brown that’s certain to get under AB’s skin as T.O. uses Antonio’s own words against him.

The message from Terrell Owens to Antonio Brown couldn’t be any clearer: all of the ‘best on myself’ talk coming out applies to T.O. as much if not more than anyone else. Owens all made it clear that Antonio Brown would be better off focusing on his own life right now.

Here is Terrell’s direct quote to Antonio Brown around the 2-minute mark of this video:

So who are you to say what I can’t do? You even said it in your podcast, you said it shortly after that. I can do whatever I feel like I want to do. All I have to do is be given the opportunity.?

That segment came from the Fubo Sport’s Network’s Getcha Popcorn Ready with T.O. and Hatch and the full segment will run at 7 pm ET on Tuesday.

This was from last week, and as a Bucs fan, I say ‘why not’ give Terrell Owens the chance to at least prove what he can do?

Why not? What’s the worst that could happen?