Say What? Terrell Owens Declines Invitation To His Own Hall of Fame Induction Ceremony 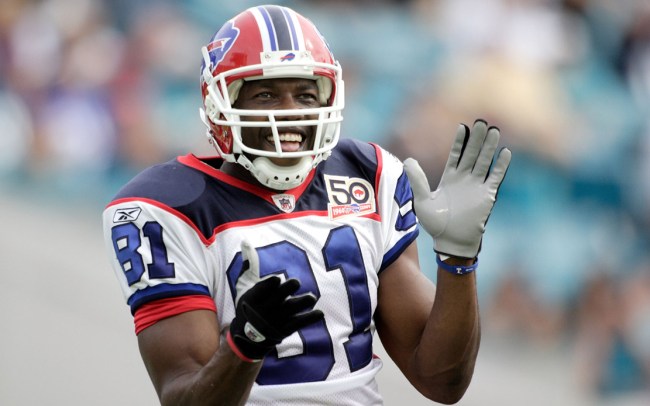 Owens, who is now 44-years-old and last played professional football for the Allen Wranglers in the Champions Indoor Football League in 2012 (before being cut by them), has been saying for months now that he should still be playing in the NFL.

“Me not being on the field right now is a joke, and I don’t care what people say,” Owens told Fox Sports Radio in August of 2017.

Heck, a couple of days ago, Terrell Owens was still telling anyone who would listen that he can still play.

So maybe that is the reason why, in an unprecedented move, Owens says he will not be in Canton on August 4th when he is officially inducted into the Hall of Fame?

“While I am incredibly appreciative of this opportunity, I have made the decision to publicly decline my invitation to attend the induction ceremony in Canton,” wrote Owens in a statement on Thursday.

“I have already shared this information with the Hall. After visiting Canton earlier this year, I came to the realization that I wish to celebrate what will be one of the most memorable days of my life, elsewhere. At a later date, I will announce where and when I will celebrate my induction.”

“I would also like to thank the San Francisco 49ers, the Philadelphia Eagles, the Dallas Cowboys, the Buffalo Bills and the Cincinnati Bengals for the time I was granted with each organization. I am thankful for the relationships forged and the lessons learned while part of each team.”

“I wish to congratulate all past, current and future inductees. It is quite an honor to be part of such elite company. This honor is something that I will cherish forever.”

Yeah… pretty sure this not what EA Sports had in mind when they decided to put T.O. on this year’s cover of Madden NFL.