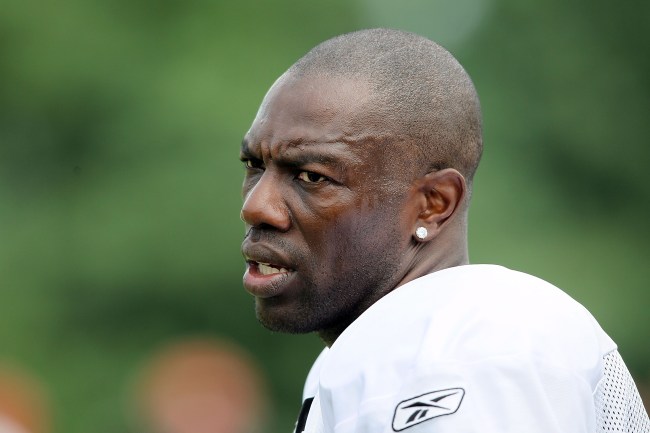 Terrell Owens has a bone to pick with the NFL after being left off the league’s 10 best receivers in the last 100 years.

On Friday night, the The NFL their NFL 100 All-Time list which included the 10 best receivers from the league’s 100 seasons but Owens , who is third all-time in receiving yards (15,934) and receiving touchdowns (156), was left off the list, but Marvin Harrison made the team ahead of him.

The 10 wide receivers selected to the #NFL100 All-Time Team! pic.twitter.com/qeByaXKprp

Owens was not happy with the NFL and put them on blast on Twitter.

Pure HATE! But God is good and I will continue to smile and keep my head up. 😎 For the voters, despicable!! 🤷🏾‍♂️ https://t.co/2XiFEctt3g

.@NFL: You don’t need everybody to be for you; you just need the right people to be for you. God has people in positions of influence that will open doors you couldn’t open, give you opportunity & promotion that you didn’t see coming. You won’t have to find them; they’ll find you

Owens then went on to criticize the NFL for putting Marvin Harrison, who was once accused of shooting someone and having them killed back in 2009, on the list.

Hey #SteveLargent @amlseahawks don’t believe everything u hear! Below is a definition of “off the field problems!” Show me what I’ve ever done close to this. #GoFigure https://t.co/JIj5gThRKv

Oh! So u’re saying I needed to commit a crime?! Be a thug? Sell or do drugs?! Maybe domestic violence?! Or sexually assault women?! Well I’m proud to say my grandmama & mama raised me right. I YEILD BACK!!! 😎🤷🏾‍♂️ @NFL @nflnetwork @RealSkipBayless @ShannonSharpe @DeionSanders https://t.co/CVdIW44pEB

It is worth noting that no charges were ever filed against Harrison in the shooting case in 2009.