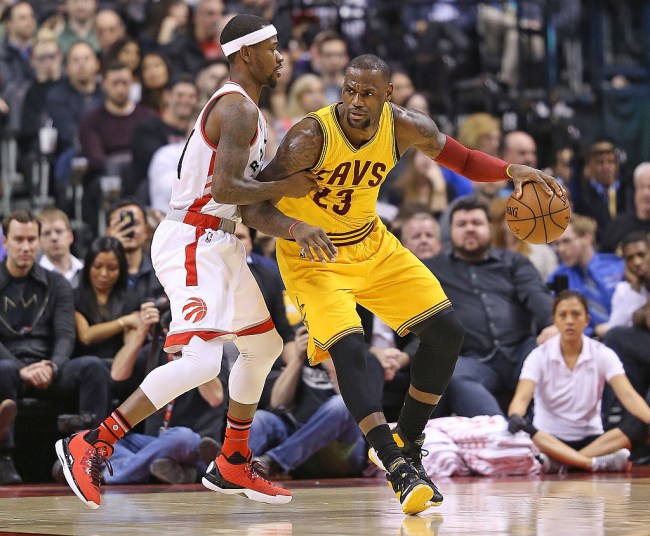 Last night, LeBron James shook the NBA world when he revealed that he was signing a longterm deal with the Los Angeles Lakers.

LeBron James will be playing for the Los Angeles Lakers on a four-year, $153.3 million contract. He will try to bring the storied franchise another championship.

The Lakers, with the addition of LeBron James, are suddenly top-tier contenders to win next season’s NBA championship, according to Las Vegas sportsbooks.

The announcement was made through his agency, Klutch Sports Group, which announced the deal as $154 million.

ESPN’s Brian Windhorst reported that the fourth year is a player option. It is the longest deal James has signed since inking a six-year contract with the Miami Heat in 2010. His previous three deals were three years or shorter.

After Bron’s big announcement Orlando Magic forward Terrence Ross took to Twitter to mock LeBron and the Lakers with this tweet.

Lol bron just joined the Cavs of the West 😂😂😂

Of course Ross’s Tweet didn’t go over too well with Lakers fans who proceeded to crush him.

You still on the magic tho right

I didn’t even know who this was. Had to look at his bio 🤷🏾‍♂️

Yet you play for the Orlando Tragic pic.twitter.com/6QemAi9brL

Remember that time when Terrance ross was relevant because he used to dunk pic.twitter.com/2j0teYM0RL

You play for the dollar tree of the NBA

Imagine playing for the Magic and saying this pic.twitter.com/KtVfg2OTIz