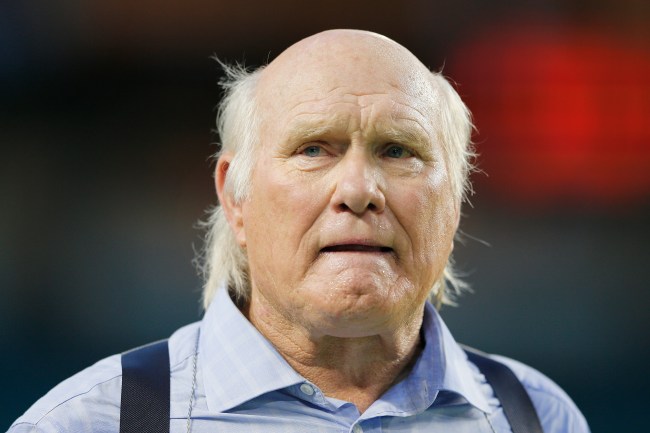 Terry Bradshaw has four Super Bowl rings and a bust in Canton in the Pro Football Hall of Fame, and is best-known to younger generations as the funny guy on FOX Sports’ NFL coverage each Sunday. While the former Steelers quarterback isn’t afraid to crack jokes every time he’s on TV, he knows when it’s time to pull it back a bit if there’s something serious he needs to lend an opinion on.

That’s what Bradshaw did during a recent promotional appearance when he was specifically asked about the early retirements of both Andrew Luck and Rob Gronkowski, who decided to listen to their bodies and walk away from the league before either one was even 30 years old. Given the accomplishments of both, the news shocked plenty of people — but Terry Bradshaw not only offered support for both guys, but also gave some reasoning as to why the former Pro Bowlers made the right decision.

“They’ve got money security, which is important – I don’t care what you say, it’s very important,” said Bradshaw. “Two, they’ve had a great deal of success. And then three, injury does drive you into retirement. You get tired of fighting, fighting and fighting, rehab, rehab, injury, rehab.”

“When you make the decision that they’ve made, you can rest assured of one thing – it is something well thought-out and it is something that they’re comfortable with,” Bradshaw said. “Our coaches all tell us, you have to plan your life after football, you’ve got to get on with your life’s work. You know what? You really do. I applaud both of these young men for making the decision, because they’re both under 30 and at the peak of their careers.”

It’s pretty interesting to see Terry Bradshaw speak about Rob Gronkowski and Andrew Luck as if he were a parent to both. Maybe it’s because the legendary quarterback knows firsthand about that physical and emotional pain from playing the game, or because his body is beat down from all the hits he took decades ago — among other reasons — but it’s cool to see that Bradshaw didn’t join in on those who ridiculed either decision as a few other members in the media did after the announcements.

When asked about the possibility of an 18-game NFL season — something many owners re pushing for in the next collective bargaining agreement, which could eliminate some meaningless preseason games — Terry Bradshaw was quick to shoot the idea down, saying he thinks it’ll only lead to teams spending more money on talent to fill out an expanded roster.

Some cool takes from Bradshaw here, and, for Andrew Luck and Rob Gronkowski, here’s to hoping they have no regrets in the decision to retire when they did — because, as the Hall of Fame signal-caller mentioned — they seemingly have everything they need to enjoy the fruits of their hard NFL labor.