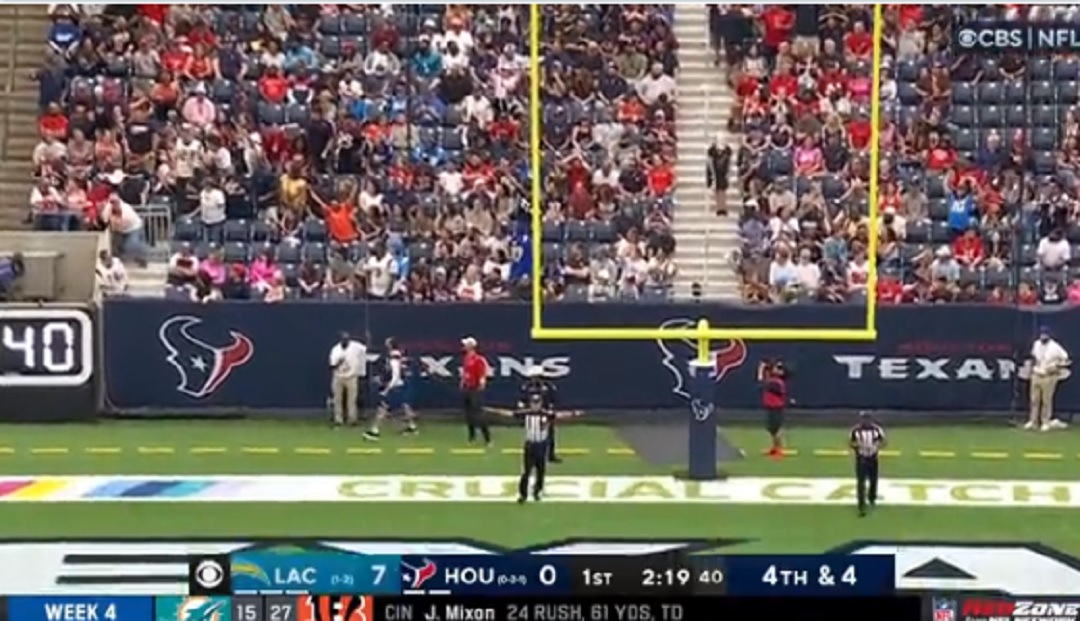 It’s been a rough day for kickers on Sunday.

In the early London game, Saints kicker Will Lutz hit a double doink in the team’s loss.

This angle of the double doink is incredible. pic.twitter.com/dUeIvgKTDj

Lutz’s field goal attempt, while brutal, was not as embarrassing as Ka’imi Fairbairn’s kick vs. the Chargers which went very wide left.

Fairbairn missed a 46-yard field goal wide — very, very wide — to his left. Must have been the wind, huh? Oh, the roof is closed. That may have been the worst kick of his career! @gallerysports

What in the world. pic.twitter.com/ALY3wrWRYI

Fairbairn missed that FG so bad, I want them to take points away from Houston.