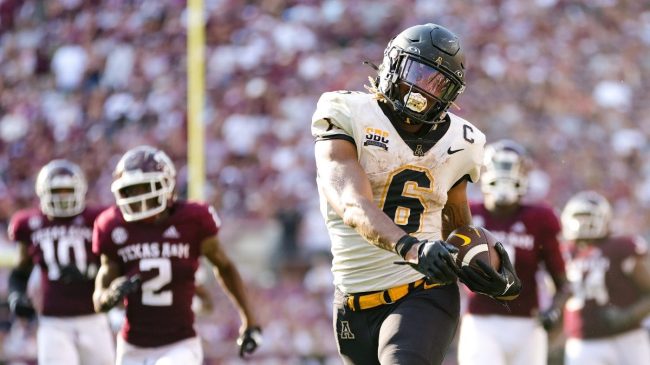 The Sun Belt was on fire on Saturday as the teams from that conference reeled in several massive upset victories. The Appalachian State Mountaineers surprisingly defeated the Texas A&M Aggies. It shouldn’t have even been a close game, but the upset was so large, that it sounds like the college football world is heading to Boone, North Carolina for Gameday in Week 3.

BREAKING: @CollegeGameDay is headed to Boone, North Carolina next weekend for Appalachian State vs. Troy. pic.twitter.com/R7cVnwoukP

So, App State took their money, their pride, the W, and stole College Gameday away from the Aggies. What a brutal weekend for Texas A&M and its fanbase. Losing is never easy, but all of this has to feel like multiple gut punches to a program already down bad. Congratulations to the Mountaineers though, as they’ve looked solid through two weeks of college football so far.

Keep an eye on this team for the remainder of the season. App State kept it close with North Carolina in Week 1, then managed to upset Texas A&M. If they can remain hot, then this team could be a nice surprise in the 2022 season.