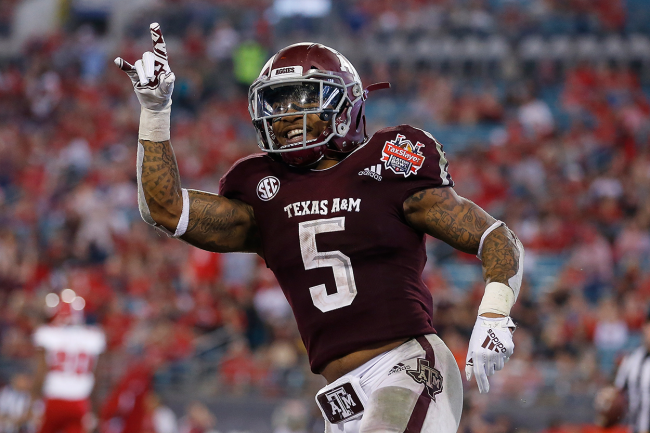 Bengals running back Trayveon Williams is entering his fourth year in the NFL this fall. When the year comes to an end, he will be back in the classroom.

Just not as a student. As a professor.

Williams, who was a First-Team All-SEC player in 2018, spent three years at Texas A&M and recorded two 1,000+ yard seasons with the Aggies. Now he is set to return to College Station in 2023 to help current players learn how to operate within the new world of Name, Image and Likeness.

Williams will be an adjunct professor, co-teaching a class at the Texas A&M School of Law. Sports attorney and business consultant Alex Sinatra will also teach the course.

More Than An Athlete ! @YourPotential4 @TAMULawSchool & I are cooking up something that can Revolutionize the NIL world. https://t.co/2NQ08Sg4VY

This partnership and class is believed to be the first of its kind. Williams did not play for the Aggies in the NIL era. But now he’s back to teach the youth about finances.

Williams has made about $2,000,000 in the NFL thus far, so money is not a foreign concept to the 24-year-old. And perhaps more importantly, he knows what it’s like to be a star player at one of the most high-profile programs in the nation.

The curriculum for the class looks highly informative and very entertaining.

It will teach how NIL came to be, how NIL works in present day, and where NIL is going in the future.

Williams will begin co-teaching the course once the 2022 season ends. It would be even cooler if all Texas A&M athletes were required to enroll so that they can speak knowledgeably on the topic and properly operate within the space.