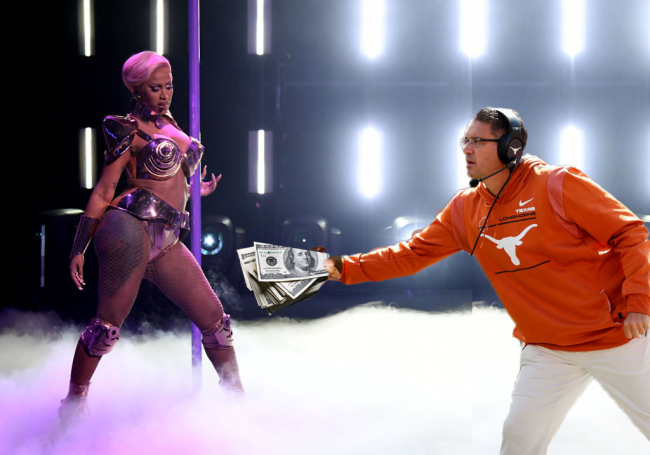 Texas special teams coordinator Jeff Banks is friends with Cardi B by association. The 46-year-old coach is currently dating a stripper who goes by the name ‘The Pole Assassin,’ who is, at the least, an acquaintance of the 29-year-old rapper.

The Pole Assassin is talented. She often performs crazy, high-danger routines that will blow your mind with how impressive they are.

Not only is The Pole Assassin an incredible athlete and performer, but she often takes the stage with her emotional support monkey, Gia. As a result of her incredibly unique act and her wild stunts, she makes A LOT of money for each of her performances.

Well, apparently, Cardi B was in attendance at one of her shows and was impressed.

Cardi B, who grew up in Tribeca, was employed at a deli in the area. When she was eventually fired, her manager suggested that she apply to be a stripper at the club across the street and she did.

As someone who is proud of where she came from, Cardi B has stated that stripping saved her from poverty and violence. It also allowed her to earn enough money to get an education at the Borough of Manhattan Community College.

Although she eventually dropped out, Cardi has since become one of the world’s biggest rappers and musical talents. She still speaks often of her time as a stripper and is rather supportive of those who choose to pursue that career route.

And obviously, she loves to party. Perhaps that is where Cardi and The Pole Assassin crossed paths. 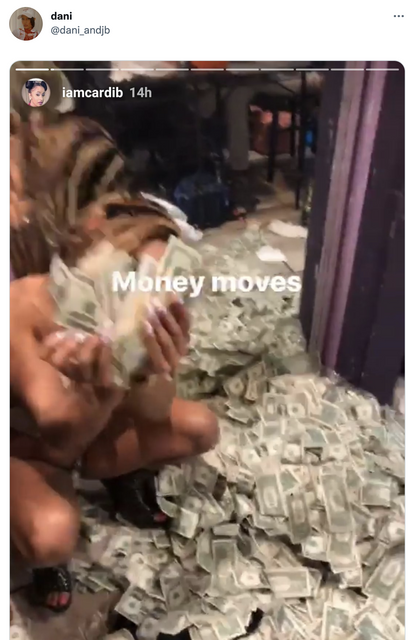 Cardi B is currently living in the Atlanta area with her husband Offset, of Migos. The A is known for its large number of high-end strip clubs and The Pole Assassin’s talents often lead her to traveling and performing at various clubs around the country.

More than likely, The Pole Assassin and Cardi B met in Atlanta and Cardi was impressed by what she saw. Now, by association, Jeff Banks is also an aquaintence of the Grammy Award winner.