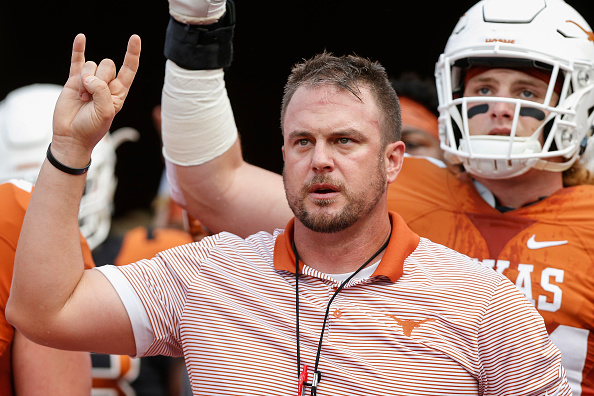 Disgraced former Ohio State assistant coach Zach Smith went on an insane tirade against Texas coach Tom Herman on Twitter last week because he believes Herman was the source who tipped off college football reporter Brett McMurphy of domestic violence allegations made against him that caused a huge scandal at Ohio State.

Smith went as far to claim that accuse Herman of cheating on his wife.

How do @CoachTomHerman and @belletjh feelin after their horrendously underperforming season? Better question – How does she feel about her husband being the biggest shitbag in America!! Doesn’t want to ruin her own life? Just like she told my ex.. I’m done being quiet MICHELLE

I have found new solice in being HONEST. No one likes that. But I have JO reason not to.

I was crucified and ruined on social media… for no reason. However…….. I know several high profile coaches that SHOULD have been…. know what I mean @CoachTomHerman ? Remember the several times you cheated on @belletjh and she told my ex about it? Because… I do. Lmao

Hey @Brett_McMurphy – report this. I witnessed Tom Herman cheat on his wife (@belletjh ) several times… once at an Asian massage parlor… and just texted him that I’m done protecting him. We gonna be “honest” now!? Or nah… LMAO 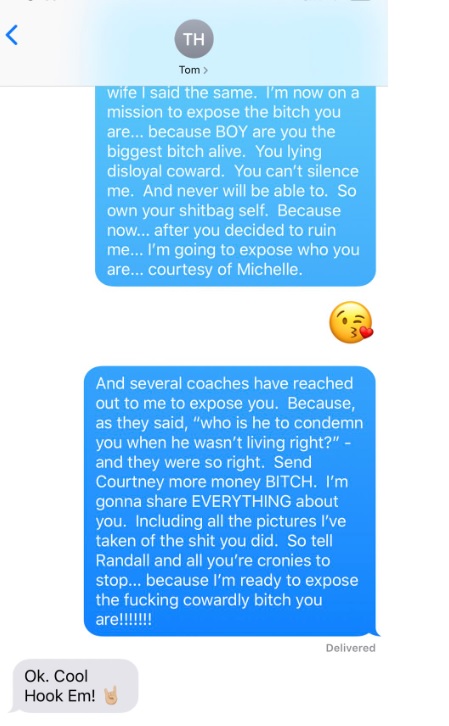 Tonight, Herman’s wife Michelle showed off a shirt that she wore to tonight’s game that trolls Smith for his tweets.

Gameday ready! Thanks @NNVaughns for the t-shirt. Don’t forget a portion of the proceeds are being donated to Woman Called Moses @wcmcares 🤘🏼 pic.twitter.com/23o43KJkDF