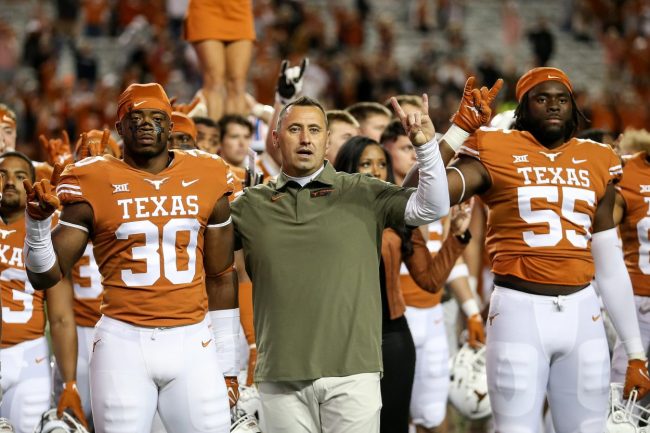 The University of Texas football team was very much not back in 2021. Despite the hype surrounding head coach Steve Sarkisian’s first year leading the program, the Longhorns went 5-7 and missed out on a bowl game.

If that wasn’t bad enough, it gets worse. Nobody was watching the Longhorns in 2021 because they just didn’t matter.

Of the top 10 most-viewed college football games in Texas this past season, teams from the state of Mississippi was on the list three times as often than UT. In fact, Ole Miss alone was on the list twice as often.

Beyond the Red River Shootout, which saw Oklahoma come back from the largest deficit in the rivalry’s history and win, Texas didn’t make the list for a second time. The only game that was among the top-10 most most watched in the state of Texas in 2021 that included the Longhorns was a demoralizing loss.

Texas is expected to turn the corner in the coming years. The Longhorns have recruited well, in large part due to new rules on NIL, and added Quinn Ewers in the offseason.

Perhaps next year people will watch them play?