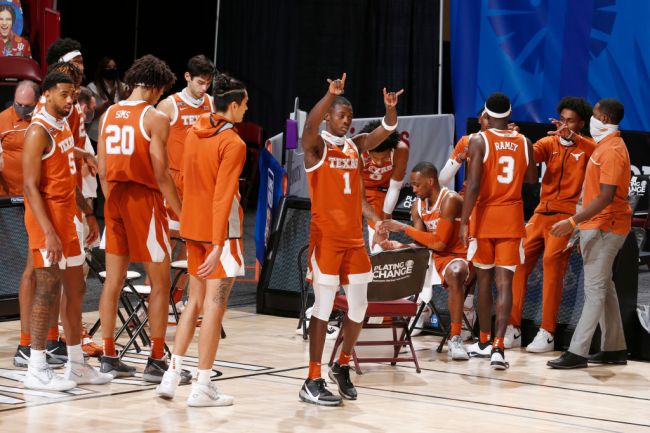 Texas guard Andrew Jones is one of the greatest comeback stories of all-time. The redshirt junior announced in January of 2018 that he had been diagnosed with leukemia, a cancer of the blood. He was moved to the University of Texas MD Anderson Cancer Center in Houston and was released in February on an outpatient bases before he was able to enroll in web-based courses in June of that year.

He was able to rejoin the team for the 2018 season but only played in two games and had a few more rounds of chemotherapy remaining. Jones was granted a medical redshirt for the 2017-19 and 2018-19 seasons to show for his 23 months of treatment and was cleared by doctors to play at full capacity after kicking cancer’s ass and entering remission prior to last season.

The Longhorns were likely on the outside of the March Madness “bubble watch” with a record of 16-12 prior to the sudden conclusion to the 2019-20 season but Jones played in all 31 games with 11 starts and averaged 26.6 minutes. He was second on the team in scoring and third in both assists and steals before the shutdown.

With high expectations for head coach Shaka Smart’s sixth season in Austin, Texas has been rolling through the first 11 games this year. The one-loss team is ranked No. 4 in the nation and Jones has been a big factor with an average of 13.1 points, 4.6 rebounds and 2.6 assists per game. He contributed to his strong campaign with the most important bucket of the season so far on Saturday.

Jones faced an open look with the game on the line. Down by one point with 3.5 seconds left against the No. 14 West Virginia Mountaineers, Jones knocked down the winner. To make the story even more incredible, he received his initial diagnosis on January 9th, 2018, three years before the buzzer-beater— to the day.

Texas’ Andrew Jones was diagnosed with cancer on this day three years ago.

He hit the game-winner to take down West Virginia at the buzzer today.

Sports are so powerful. 👏pic.twitter.com/YNN0vGlxsi

Jones and the Longhorns are now 4-0 in conference play and will host No. 18 Texas Tech on Jan. 13.