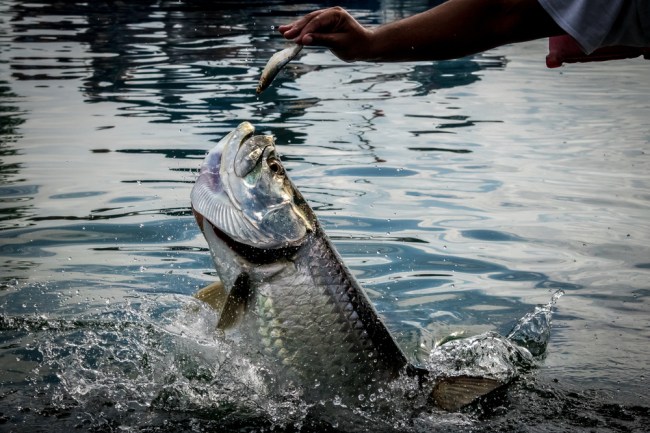 To a lot of coastal fishermen in America, the tarpon (aka ‘Silver King’) is the ultimate game fish. They can grow over 200 pounds like the one below, they treat anglers to spectacular aerial displays while jumping and flipping next to the boat, and they’re really hard to catch. It’s not common to keep a tarpon because (1) they’re a protected species in many states, (2) they aren’t a fish that’s good to eat, and (3) serious anglers release them to try and keep the species numbers robust and healthy. But, in the case of a record fish like the one below, it’s not unheard for an angler to keep a tarpon and bring it to the scales.

The father-son fishing duo of Capt. Michael LaRue and his son Shane LaRue spent 30 minutes with this behemoth tarpon beside the boat, running water through the gills to revive the fish, wrestling with whether they should release the fish or bring it to the scales as a potential record.