Texas Tech Surprisingly Bailed Out Of $50,000 Fine After Big Win Over Texas 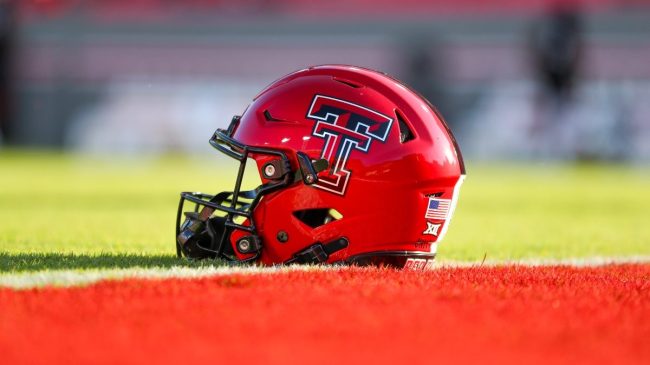 The Texas Tech Red Raiders ended up winning a nail-biter over the Texas Longhorns. After securing a 37-34 win in overtime, the fans stormed the field to celebrate with the team. It was a sight to behold, as everyone involved was having a blast. Even though everyone was having fun, it apparently resulted in a $50,000 fine. It probably didn’t help that someone was seen shoving a Texas player either.

According to Front Office Sports, the Big 12 fined Texas Tech five figures after the fans stormed the field in the big win over Texas. And we thought the NFL was considered the “No Fun League.” However, right after the original announcement was made, Red Raiders fans offered to join together to pay the fine.

Instead, a Lubbock-based City Bank stepped up and paid the full $50,000 fine, per Front Office Sports. So, the fans can save their money while Texas Tech avoids spending a dime on a ridiculous rule.

Texas Tech was fined $50,000 by the Big 12 for field storming after beating Texas.

Immediately following the announcement, fans asked if they could help pay it.

Now, Lubbock-based City Bank has announced it will cover the entire fine. pic.twitter.com/wObv4N5sOK

Is it us, or does the Big 12 conference have some crazy guidelines? Fans aren’t allowed to storm the field after a massive win, while nobody is allowed to do the “Horns Down” gesture to the Longhorns. $50,000 is a lot of money (though, probably not to one of the bigger universities in America). Regardless, seeing the fans storm the field is one of the most exciting things about college football.

At the end of the day, Texas Tech avoids the fine and will shift their attention to Kansas State. If the Red Raiders can steal a win away from the Wildcats, they could find themselves ranked within college football’s top 25.