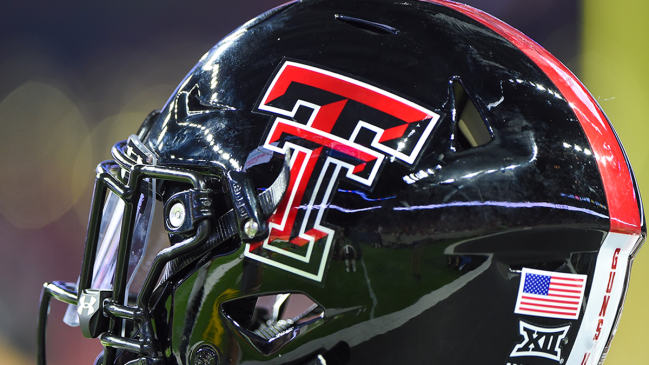 Texas may have failed to beat Alabama after narrowly losing a heartbreaker at home in Week 2, but the fact that they were able to hang with the perennial college football powerhouse (and drew some praise from Nick Saban) only fueled the debate over whether or not this season would prove the program is Officially Back.

The Longhorns appeared to have a solid opportunity to further the argument that is indeed the case when they went on the road to face off against Texas Tech in the Battle For The Chancellor’s Spurs in Lubbock on Saturday. Sadly, it would appear they are not, in fact, Back based on what unfolded.

No. 22 Texas entered the game as 7.5-point favorites over the unranked Red Raiders, and the contest appropriately turned into a shootout that ultimately went into overtime before the home team walked away with the upset after kicking a field goal to secure the 37-34 victory before fans poured out onto the field at Jones AT&T Stadium.

THEY’RE STORMING THE FIELD IN LUBBOCK 🚨

TEXAS TECH TAKES DOWN NO. 22 TEXAS IN OT! pic.twitter.com/WaCoLxbZJf

Unfortunately, one Texas Tech fan was unable to behave themselves during the postgame celebration and is now wanted by police as a result

On Sunday, a clip surfaced showing a Texas Tech fan hitting a Longhorns player who appeared to be Ovie Oghoufo with a blindside hit from behind that sent the linebacker tumbling to the turf.

After beating Texas, Texas Tech stormed the field.
A Texas Tech fan decided to shove a Texas player.
Don’t be like this guy. pic.twitter.com/U6Oe3JnkZa

It seems like there’s a good chance the currently unidentified spectator will regret that decision, as Texas Tech subsequently issued a statement that was shared by Wescott Eberts of Burnt Orange Nation which reads in part:

“A video clip of a fan pushing a University of Texas student-athlete was recently brought to our attention. This behavior is unacceptable and Texas Tech Athletics has turned the matter over to the Texas Tech Police Department. We will work together to identify the fan and take further action…

Texas Tech is committed to providing a safe game environment and we will continue to evaluate our policies and procedures.”

That’s what you get for being That Guy.