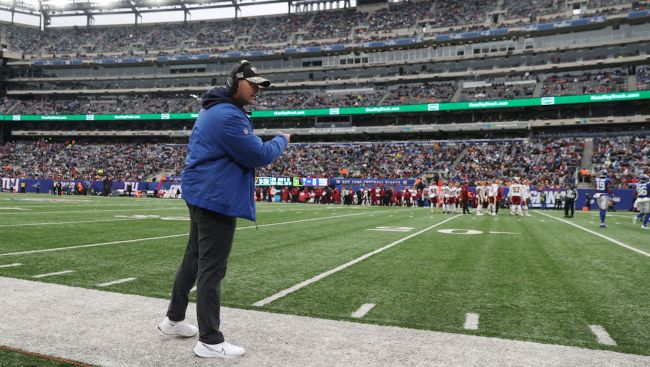 It’s been quite a long time since the New York Jets made me feel any semblance of pride. In fact, come to think of it, it’s been over a decade since they put a team on the field worth watching, back in the heyday of Rex Ryan and Mark Sanchez. That sentence in and of itself — “the heyday of Rex Ryan and Mark Sanchez” — is depressing, but nevertheless, it’s the reality of being a Jets fan, as the team currently owns the longest postseason drought in the NFL, having not made the playoffs since 2011. This season, unsurprisingly, was no better, as the team finished at the bottom of the AFC East with a record of 4-13, with both rookie quarterback Zach Wilson and first-year head coach Robert Saleh looking like they were in over their heads at times.

And yet, somehow, someway, while the Jets were their traditional awful selves this year, they weren’t the most embarrassing NFL team in New York City, as that title, courtesy of embattled head coach Joe Judge, belongs to the New York Giants. There’s a difference between being bad (the Lions, for example, who scratched and clawed their hearts out all season) and being dysfunctional, and the Giants were a thesis statement in that distinction during the 2021 season.

Already feeling the heat following his bizarre, totally misguided 11-minute rant last week which saw him call the Washington Football Team a “clown show” while also attempting to bloviate about the “culture” he’s creating in New York City, Joe Judge unbelievably embarrassed himself even further on Sunday as the Giants lost to said “clown show” by a score of 22-7.

Worse than the final score, though, were Judge’s decisions, which highlighted a complete lack of competitiveness, a truly cardinal sin in the city that never sleeps: facing a 3 & 9 from their four-yard-line with about five minutes to play in the second quarter, the Giants threw in the de facto towel and ran a shocking quarterback sneak that epitomized the ineptitude that they’ve displayed all season. As a Jets fan, trust me when I say that while I’ve witnessed some truly diabolical football over the years, I’ve legitimately never seen such a cowardly play call:

So, thank you, Joe Judge: for the first time in my life, I’m able to say that while Gang Green is bad, at least they aren’t as bad as Big Blue This man has truly done the impossible, as he’s turned the New York Giants into more of a laughingstock than the New York Jets. Forget rivalries and opposing fanbases: as a New Yorker, hand-in-hand with my Giants brothers and sisters, I want Judge out of town.