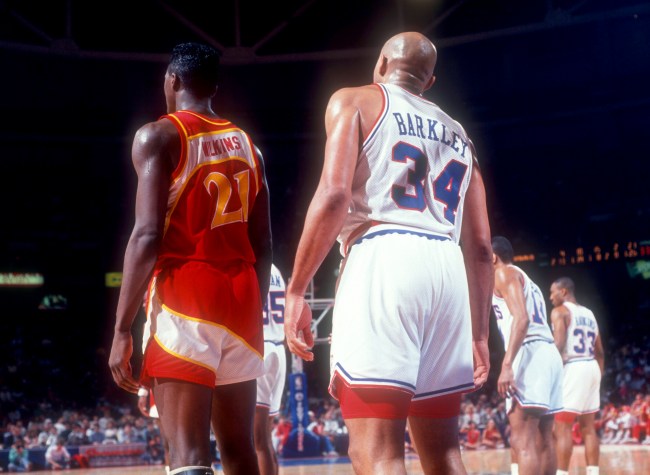 The Atlanta Hawks road uniform of the Dominique Wilkins/Spud Webb era will go down as one of the most iconic threads in NBA history. The Pacman design on the shorts is as American as The Human Highlight Film losing the dunk contest because Michael Jordan legitimately levitated.

Since bailing on the design after 1992, the Hawks have debuted a few poopy designs (save for the Hawks’ wingspan logo gripping the ball in ’95, which was so aggressive it was respectable).

So they’ve upgraded. The Hawks unveiled a new jersey design for next year, harkening back to a more fruitful time.

Take a closer look at our new threads 👀

New uniform unveilings are hardly ever received well because people are narrow-minded and like what they know and also franchises can be dumb, but people are feeling the Hawks new look.

All-in on the Hawks’ rebrand. These uniforms are awesome. https://t.co/lhPtXPn0rE

Finally a uniform change that doesn’t suck. The Hawks get it. https://t.co/jwprT3IO7p

The Hawks uniforms are outstanding.

I seriously would buy all 3 jerseys if I was a fan. That's how much I love them https://t.co/JzA7vrEDKJ

Now all the franchise has to do is find a way to win.