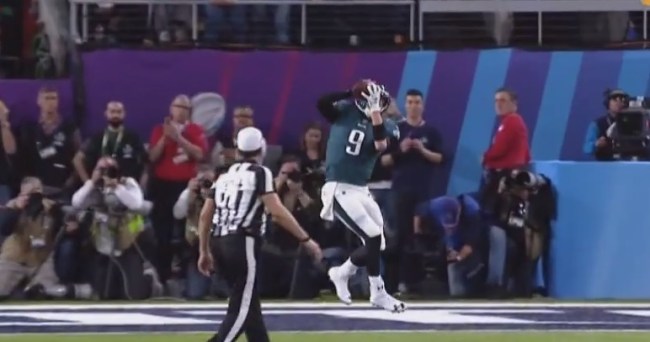 All year long Eagles coach Doug Pederson has made a name for his himself by being aggressive on fourth down.

The Eagles do many things in a different way. They take an aggressive approach on offense and defense. They have incorporated as many college offensive concepts as anyone in the NFL. They use analytics across the board, even as some old-guard NFL types mock that approach. In a league that seems to adore punting, the Eagles often go for it on fourth down.

The Eagles study fourth-down data over the offseason. They’re not just making the time-honored “gut decisions,” they’re based on probability. Sometimes Pederson has to make a 50-50 call, though it’s all based in math. And oftentimes the math says to go for it, though teams ignore statistics to their own detriment.

During the Super Bowl, Pederson once again made a “gutsy” call on fourth and 1 in the goal line and completely caught the Patriots defense off guard with a perfectly executed trick play.